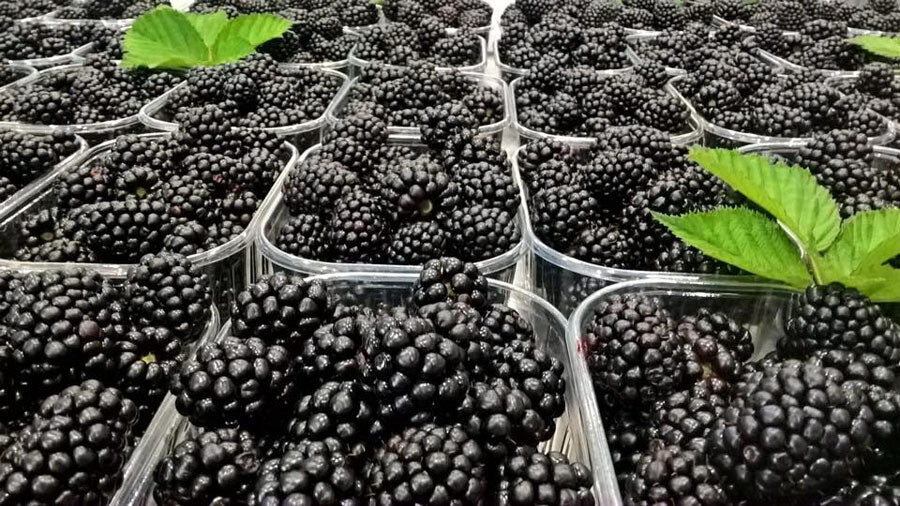 The last month of summer is here, but the blackberries still linger on. In most parts of Croatia they grow in abundance, either wild or cultivated.

Take a hike in the woods or climb a mountain; you're likely to see them in bushes by paths and roads. Praised for their high iron content and health benefits, they are widely used for various desserts and jams. They make a highly useful material and can go into anything, from a fancy parfait cake, mousse or sorbet to more simple and traditional recipes like pie and strudel. Yet blackberries are not just food, they can be used as drink, too. Not just in smoothies. Occasionally you'll encounter blackberry liqueur, non-alcoholic blackberry cordial and juice are more common, but the healthiest incarnation of the blackberry is actually – blackberry wine. Blackberry wine is a drink well-known in all countries where blackberries grow, and in Croatia it enjoys a favourable reputation. Most often it will be mentioned as a popular medicine for anaemia. Just a little shot a day should fill you with all the good stuff to make your blood strong, whether you're young or old, so they say. True that, but good quality blackberry wine is a delicacy by itself, a nice aperitif or a drink you can serve with dessert. It's a small niche, but there almost isn't a wine festival where you don't see at least one blackberry wine producer. However, things yet have to change so that people stop labelling blackberry as medicine and start perceiving it as drink on equal terms with standard wine. Although there are many professional producers dedicated to blackberry wine, it's also traditionally made at home, just a few bottles for your own needs. There's often a big difference between a homemade version, usually thicker, stronger and darker because of more sugar added, and a bottled version which is more similar to the red wine made from grapes. Blackberry wine should be about being able to taste the original fruit, so some tartness and bitterness is expected. Anyway, you won't be gulping it down like a glass of Merlot. The process is more or less the same, add some sugar and yeast and wait for the berries to ferment in steel tanks. The product is then bottled and labelled, just like regular wine bottles. The only difference is that you are not expected to sniff and swirl a glass of blackberry wine or try to identify and discuss its aromatic profile. And another thing – you won't see blackberry wine on the drinks list in restaurants and bars, apart from few honourable exceptions in the countryside. One of the best-known and biggest producers of blackberry wine is Jambrešić family from Zagorje region with their Kupilek brand, covering a range of blackberry products, not just wine. You can buy their stuff directly at their stands in some of Zagreb's shopping malls, as well as taste a sample, if you're still sceptical. On Zagreb's central square, Trg bana Jelačića, there are often stands and festivals dedicated to local farm produce and traditional products, which is always an excellent opportunity to find a couple of fruit wine producers and get some insight into this genre. For those who like creativity, nobody stops you from inventing interesting cocktails using blackberry wine, starting from a basic spritzer. OK, your grandma would probably not approve, but not everything has to be done by the book. “The harvest is done, and now off to the magical process of fermentation.” Image credit: Kupilek FB

Although it's available all year round, maybe the peak of blackberry season is the perfect time to have a taste of your first blackberry wine. With a blackberry pie on the side, why not? Consider it an immunity booster for the cold days which are just around the corner.