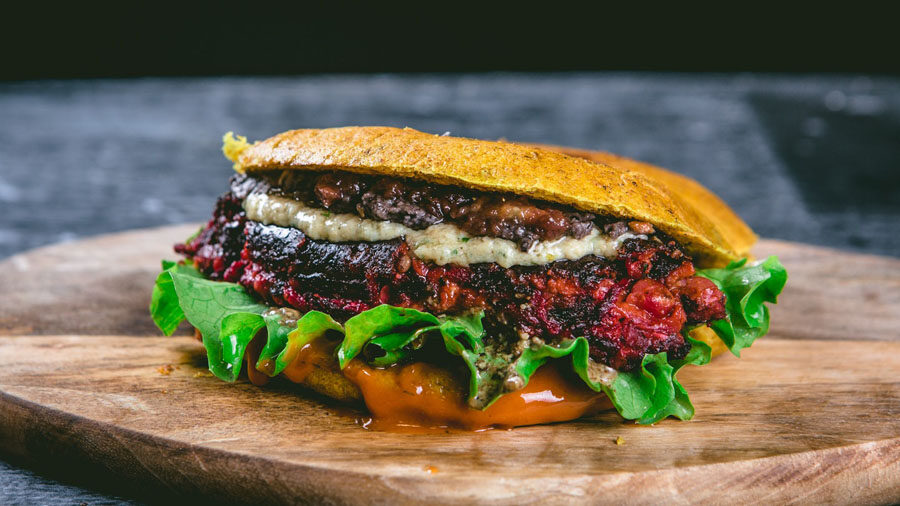 We happen to live in a very exciting time for vegetarians in Zagreb!

Although I've never said farewell to meat, I can really see a big improvement in the last 15-20 years. Before, vegetarians were seen almost as a minor, bizarre cult, and all they could get was breaded cheese, fries or a simple seasonal salad. Or, if it was a fancy place, a plate of gnocchi with gorgonzola, a very popular restaurant dish during the 1990s. I'm exaggerating, but just a bit. Nowadays every decent eatery, even a hard-core carnivore place, has at least a couple of vegetarian options. There are also specialized restaurants, but all my respect goes to exciting little places that put a lot of creativity into preparing meatless dishes, changing the biased opinion that plant-based food must be tasteless. Vegheads in Zagreb have a decent choice of places for a nice meal, and the same goes even for narrower niches like vegans, macrobiotic-oriented or raw food eaters. Some establishments have more than a decade-long tradition and have already made a name for themselves; like Green Point, Vegehop or Zrno Bio Bistro, for example. Since managing an eatery that's not so mainstream and requires expensive ingredients is quite a complicated and risky operation, lots of vegetarian-focused businesses function only as takeaway or catering services, not actual restaurants. The best vegetarian-friendly places offer a wide range of seasonal dishes that are not just a wishful imitation of popular carnivore recipes or a safe bet like falafel. On the contrary, they are new and exciting and attract wider audiences, proving that eating healthy and quitting meat does not have to be monotonous and masochistic. The newest place like that, taking the scene by storm, has an unusual name – Barcode Mitra. Ironically, Barcode Mitra opened at the location of a former kebab joint in Trešnjevka neighbourhood less than a year ago. Raving reviews haven't stopped coming ever since. It was very brave of them to take part in the popular Zagreb Burger Festival last September, as the first major introduction to a large and demanding audience. And they passed the test. Instead of showing just another boring plant-based substitute for burger, their four patties in four different colours were quite unique, flavourful, juicy and rich – everything contrary to how people usually imagine veggie burgers. To feel all the passion behind this project and meet the chef himself, Mitar Pejanović, you have to visit their little eatery in Žajina Street. The staff and the whole casual, welcoming atmosphere deserve a lot of praise, too. Apart from their trademark burgers, you can find daily lunch specials, salads, raw vegan desserts and smoothies. Don't worry, they're not health food freaks, so there's also craft beer to wash down your surprisingly tasty daily dose of important nutrients. Recently they've opened a takeaway only branch in Rudeš – very handy when you're on the go.

When it comes to enjoying food, it's important to step out of your comfort zone and try new things at least once in a while. Even people who have never considered trading their good old greasy burger for a patty made with ingredients like beans, brown rice, beetroot, spinach, chickpea, pumpkin, celery or nuts are taken aback after trying Mitar's creations. And that's the reason why their customers come from all dietary walks of life, and why I love places like Barcode Mitra. They are genre-specific, but unite, instead of dividing. In the end, it's all about finding great taste and enjoying it.