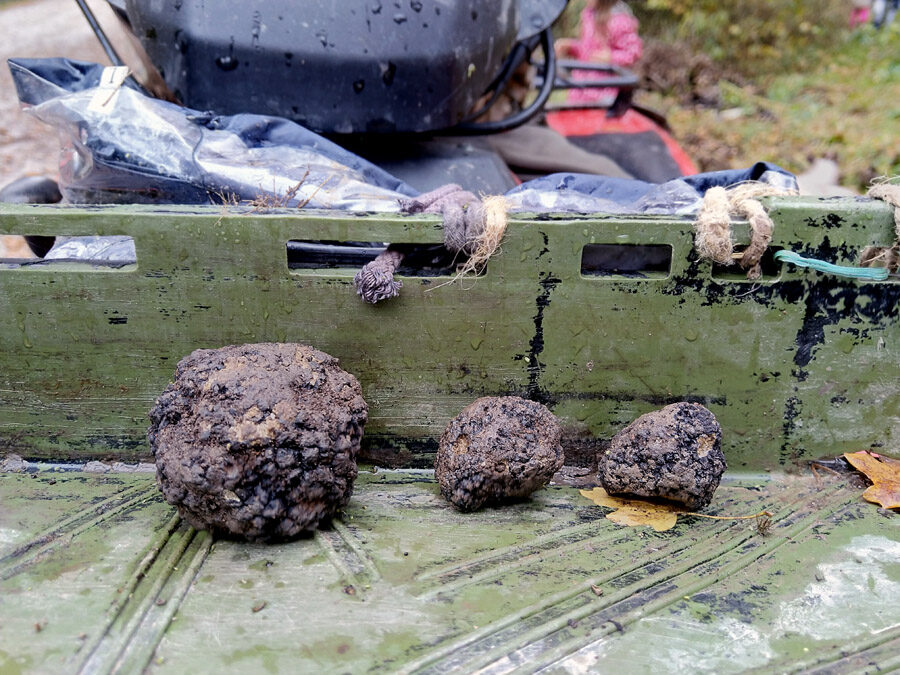 How about Some Truffles from around Zagreb?

Zagreb has been known for a number of things, but truffles are definitely not one of them. Yet, surprisingly enough, this might change in future.

As it turns up, these precious subterranean mushrooms grown in abundance in many areas surrounding the city. Turopolje, Samobor Hills, Žumberak, even our very own Medvednica Mountain... You just have to know where and how to look. OK, and be a licensed truffle hunter with a trained dog. Older people in the countryside have known about it for a while, but somehow the word about the truffles never got out. Luckily, the potential is here, and with some good groundwork, truffles could become a Zagreb County trademark. 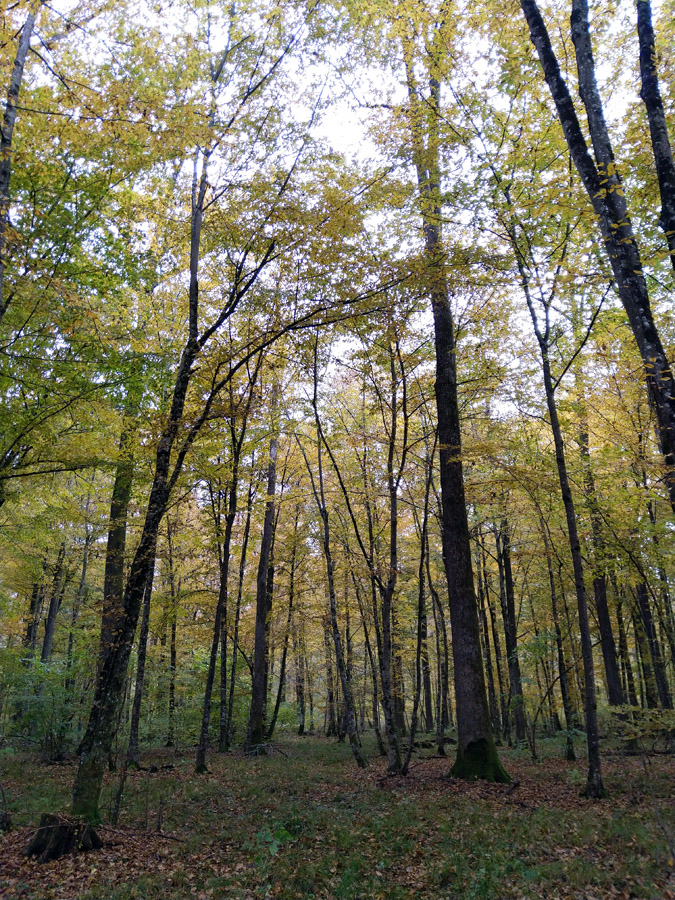 Truffles love oak trees and moist soil, and the woods around Zagreb don't lack in those. I had the privilege to be part of a truffle hunt in the Turopoljski Lug forest, remains of once much bigger woodlands stretching from Velika Gorica to Sisak. Naturally, our truffle trip started with a hearty breakfast in a forest lodge, including scrambled eggs with black truffles prepared over an open fire. The experience of walking in a quiet and beautiful oak forest on a colourful autumn day would be fulfilling enough. Add to it the thrill of the hunt, the joy of watching a well-coordinated cooperation between a dog, the sniffing expert, and its human partner, the truffle hunter. When the dog smells something and starts digging, it actually never touches the truffle itself, which stays intact. The dog just wants its usual reward, a dog biscuit. Like most wild mushrooms, truffles are unpredictable, but in just half an hour, our dog Zagi, of Lagotto romagnolo breed, found three not so small black truffles. Not bad at all. 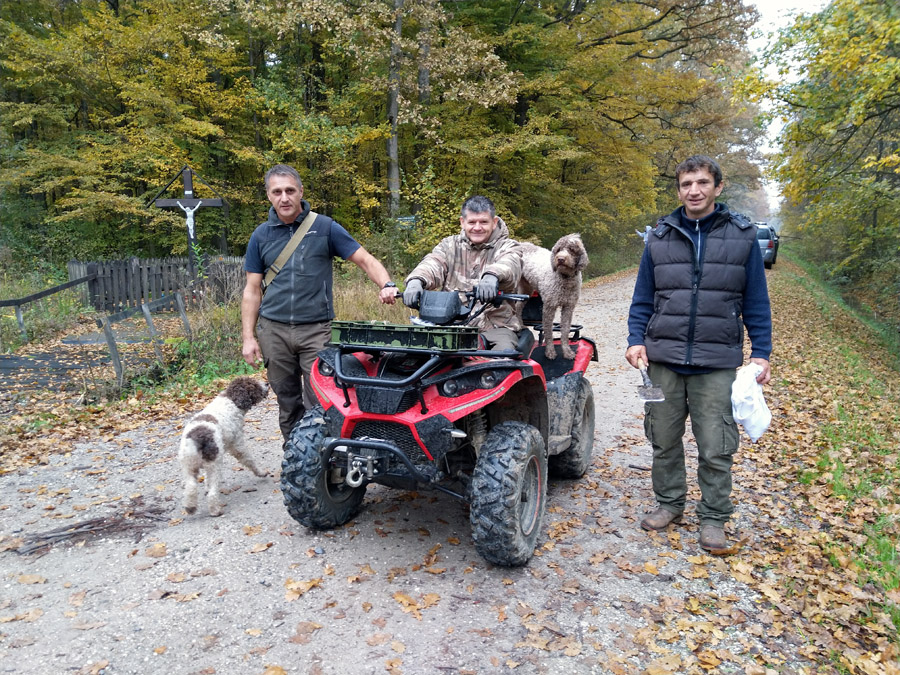 Slika 2. “Licensed truffle hunters – guys you want to be friendly with.” Image credit: Taste of Croatia

The great thing about habitats like Turopolje is that truffles can be found all year round, each season has its species. And as much as sixteen new species have been found in this area, like Tuber prigmenius bos, named after the extinct Turopolje ox. Most of them are various kinds of black truffle, but there are also some prized whites. After the hunt was over, we headed to Mon Ami, the only restaurant in Velika Gorica recommended by Michelin. The truffles were paired with classics, like tuna carpaccio, fuži pasta or beefsteak. With the steady supply at hand, the restaurant switched from the more famous Istrian truffles to the ones from Turopolje, which is a praise-worthy move. Increasingly, many also find their way to Zagreb restaurants. Yet, it would be motivating to see the truffles used more creatively, and in more traditional, local dishes. One such example is the small Cipov bakery from the village of Buševec, where they occasionally prepare delicious baked štrukli with black truffles. 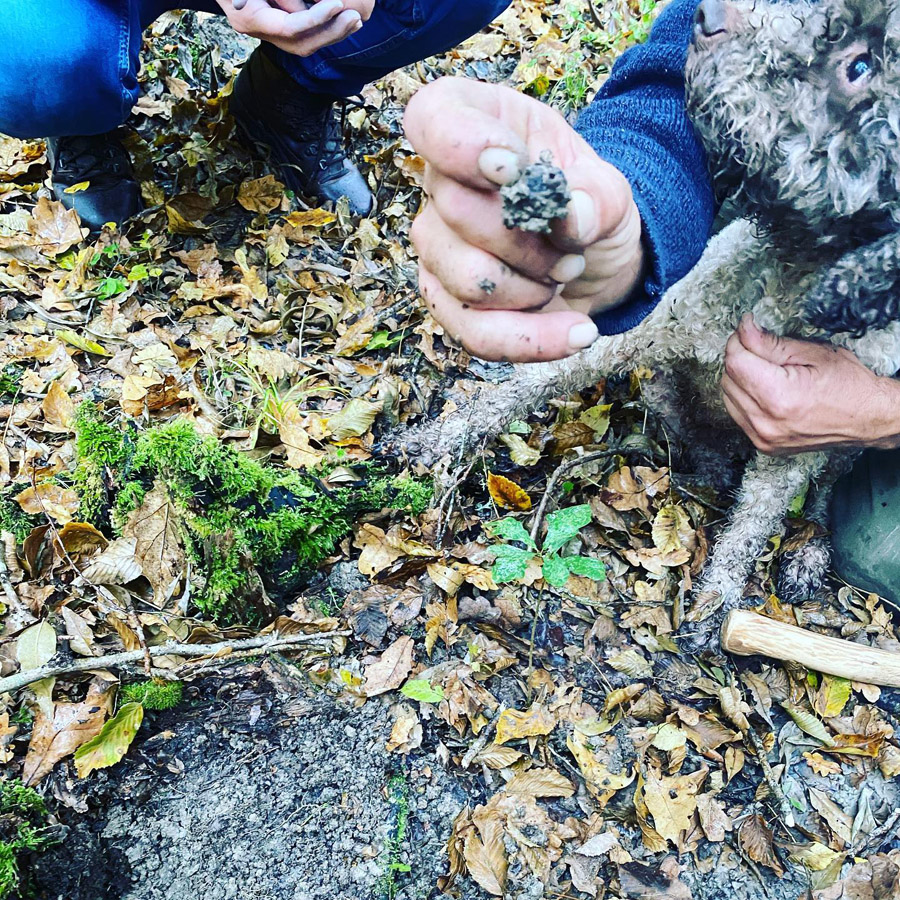 Slika 3. “It’s all about the partnership between a dog and a truffle hunter.” Image credit: Ivana Alilović

There's still a huge amount of work on the promotion of Turopolje or Žumberak truffles lying ahead. All the links in the chain are still too weak, and the general public has no idea there are truffles outside of Istria. At the moment, there are too few educated truffle hunters and trained dogs in Zagreb County, and there's no local organisation that would unite them. Many restaurants don't want to or don't know how to handle the truffles and build a local story around them. There's not a single producer of truffle-based products in the wider Zagreb area. And these are all small but necessary steps required to make the truffles around Zagreb part of the whole tourism package. Good news, there are a couple of more or less regular tours offered if you want to experience truffle hunting – one of them even inside the city limits. 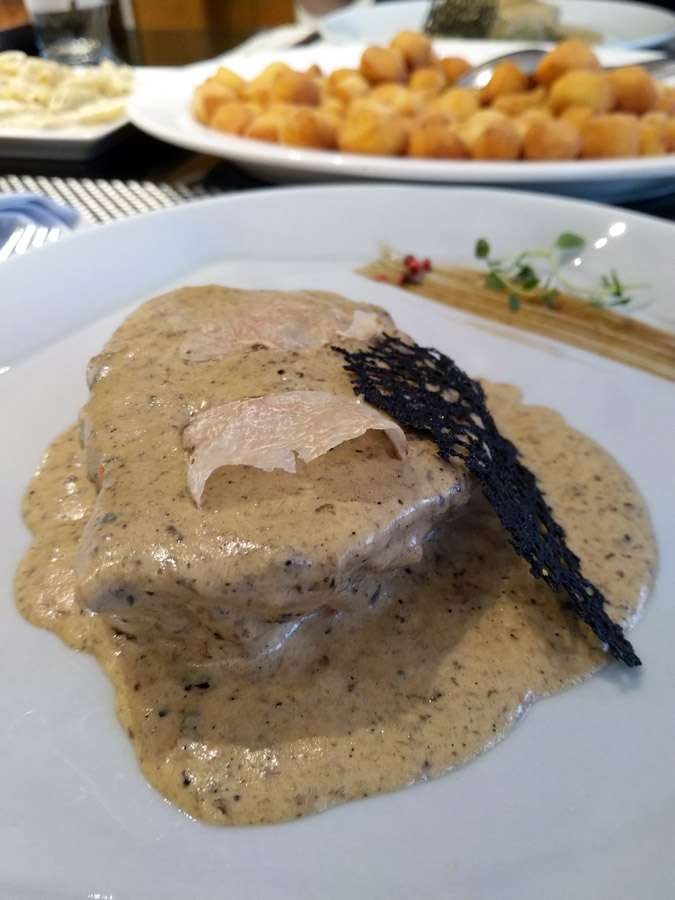 All in all, we should be optimistic. It’s most important to have clean and preserved forests, foster the awareness of sustainability, going local and green, and nature will then do its job. Truffles fit this picture perfectly, and given a little time, the project “forest to table” could really take off. And sooner than you know it, we will be putting truffles on the list of Zagreb’s edible souvenirs. 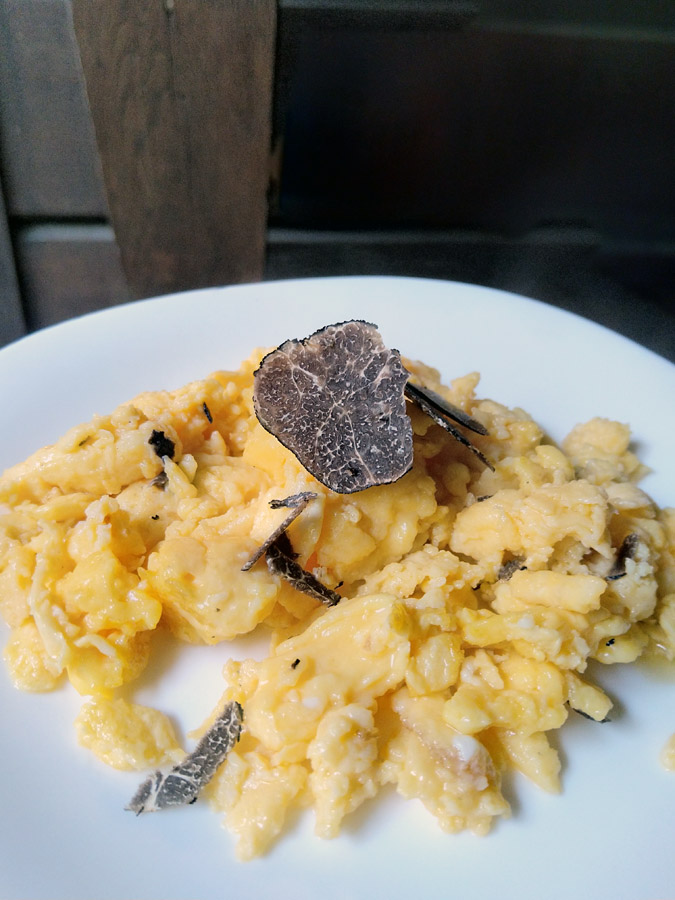