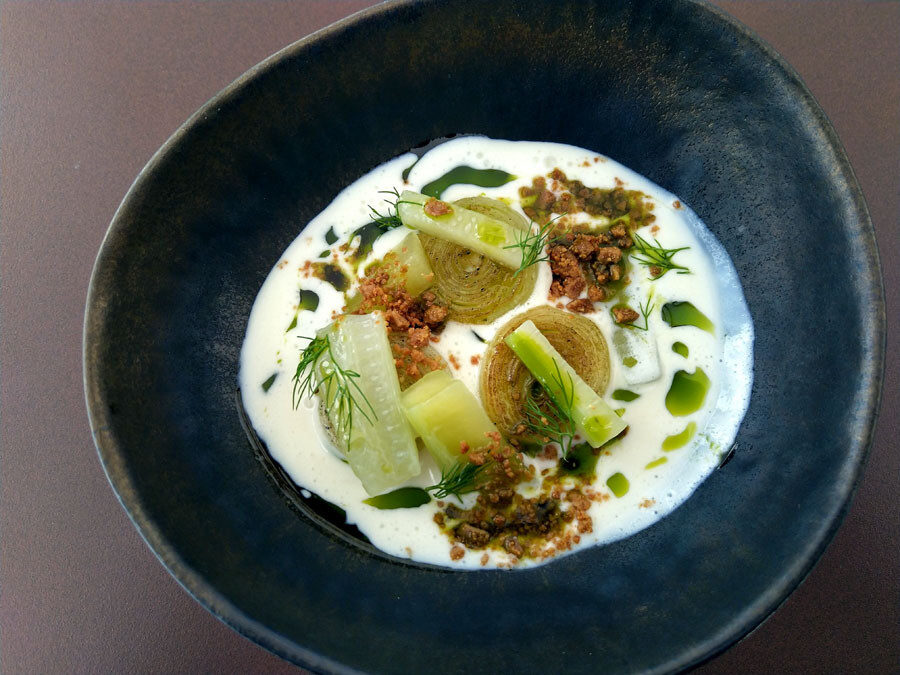 When we're talking about going out for a nice meal in Zagreb – not counting a quick bite on the go, a workman's lunch or an exclusive fine dining experience – bistro as a genre is still number one on our restaurant scene.

This kind of casual eatery combines simple but skilful cooking with seasonal, preferably local ingredients, and a touch of creativity, to deliver value-for-money dishes that satisfy both your appetite and taste of adventure. I've already written about the emergence of the bistronomy, but now it seems everything went up a notch and some new players brought a burst of new energy. While some pioneers of the downtown bistro scene are still alive and kicking, like Lari & Penati in Petrinjska street or Mali Bar in Vlaška street, some others from the first wave are already out of business, like Duck Fast Bistro or Bistro 75. It's vibrant out there, an ever-changing scene. But this time I want to mention three new names, all of them freshly opened this year, all of them still carving the path to fulfil their vision, even though there's already been a lot of hype around them. I'm talking about Beštija, Haustor Haus and Brokenships Bistro, all located in central Zagreb. I'm not saying that they are the best places to eat in the entire city and that they are flawless, but they are new, exciting and bring a breath of fresh air to the experience of eating out in Zagreb. Open early in the year, Haustor Haus is a small but cosy and relaxed place tucked away in a courtyard in Masarykova Street. Serving lunch and dinner, the team is obviously well-educated and full of enthusiasm. Their policy is to make simple but innovative little dishes using top-notch local ingredients. The menu is eclectic and playful, combining global and Croatian influences. A wide range of spices and modern culinary techniques is something they like to play with. Special theme dinners with food and wine pairing take place once in a while, too. And it’s great to see that it’s a rule in this new breed of bistros to have an interesting, if not too wide, selection of beers, wines and spirits giving advantage to smaller and independent producers. In the same street, also in a courtyard, you can find Beštija. Opened by a trio of young and successful people behind a very popular burger bar on the island of Hvar, it’s a big project and an entirely new direction for them, but they are obviously eager to make their mark and have fun while doing it. At first they were serving only lunch (their daily special is a bestseller) and weekend brunch, but now they also do dinners. Typically for a bistro, the menu is based on seasonal and local ingredients, including meat, seafood and vegetarian options, but with s soft spot for the Mediterranean tradition. A lot of fusion, but the key is not to complicate it and overshadow the main ingredients. The team is definitively still striving and experimenting, but it should be interesting to see where it will take them. “Even a simple soup can be a creative treat if you put some effort to it.” Image credit: Haustor Haus FB

Brokenships Bistro in the Upper Town is something completely different. Conceived as an extension of the widely popular Museum of Broken Relationships, it relies on the expertise and vision of the well-known and hyperactive chef Tvrtko Šakota, the restaurant’s consultant. And his idea is to serve simple and familiar traditional Croatian dishes transformed by a modern twist and new techniques. These dishes comfort you and excite you at the same time, and the best of all is that they are quite affordable and not over the top. Of all the mentioned bistros, this one has the strongest ties to Croatian cuisine, but in a very smart, elaborate and innovative way. The wine list is quite brave and radical – it consists of biodynamic and organic wines only. “Who wouldn’t enjoy a neat lunch special like this?” Image credit: Beštija FB

Again I have to stress, this is not a “best of” list, but my friendly suggestion what to put on your radar if you want to see what’s cooking in Zagreb and have a nice and fuss-free gourmet experience while keeping an eye on your budget.