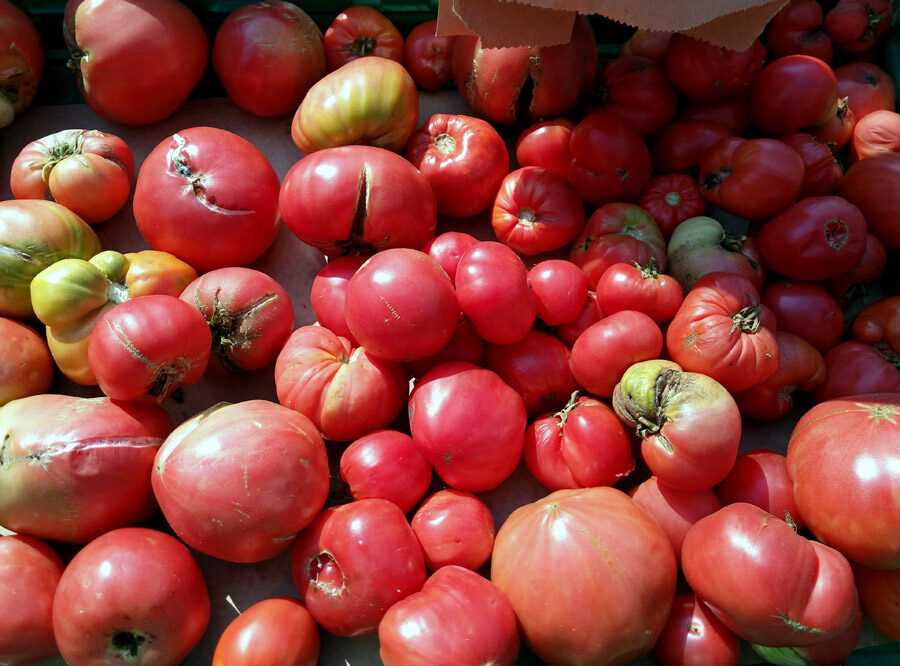 The Good, the Tasty and the Ugly

Go to a Zagreb farmers' market in September and you will be blown away by the richness of shapes, colours and smells.

The dominant colour will most probably be red. Late tomatoes, red bell and chilli peppers are at the peak of season, and there are literally heaps of them. Not only do we use them immediately, as key ingredients in some popular seasonal dishes, but they make the basis for sauces and relishes made now and saved for winter. You will often be astonished by the strange appearance of some of the produce. Not nearly aesthetically pleasing, oddly shaped, irregular, lumpy, marred... Nothing like the picture-perfect shiny fruits and veggies you're used to seeing in the supermarket. If there was a beauty pageant, these fruits certainly wouldn't qualify. Yet the locals know – the ugliest things at the market are often the best and the tastiest. 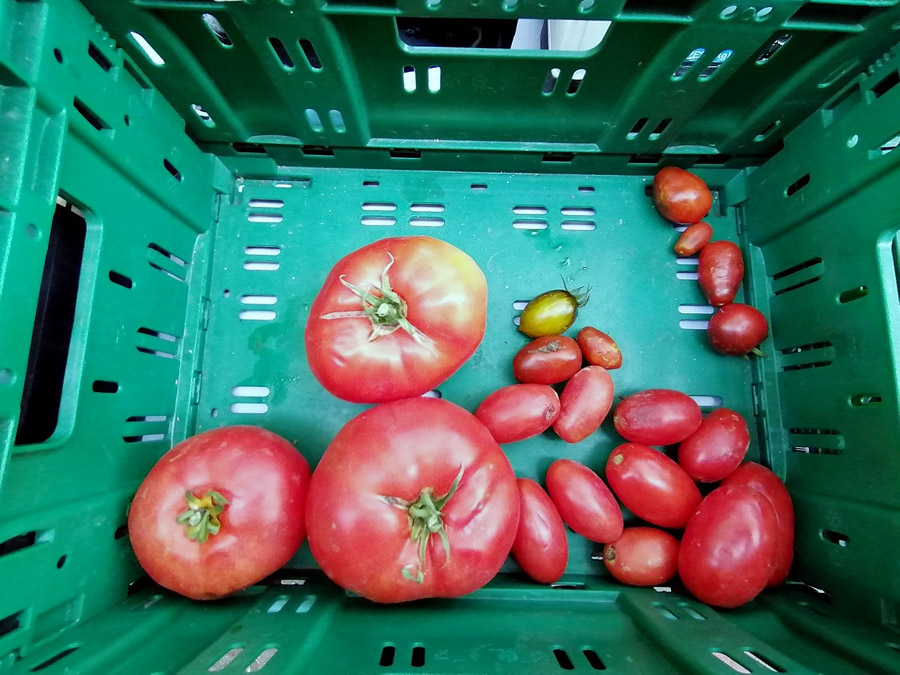 Experienced farmers' market goers are always aware of several warning signs you need to watch out for when buying fresh produce. For example, it sounds funny, but the vendor's hands and nails are an important clue. And when we are speaking of tomatoes, ugliness is what you are looking for. See those huge irregular ones? That's the oxheart tomato, or beefsteak tomato – volovsko srce in Croatian. It's an old variety, and one of the largest, because some of these juicy monsters can weigh over a kilo. Most of these tomatoes are grown from old heirloom seeds. Their inner beauty lies in their wonderful smell and unbeatable taste. They are best eaten straight from the garden, on their own. Of course, they also work perfectly in a salad, sandwich, homemade sauce... Basically, everything. The other popular variety that's a late summer staple is the plum tomato or šljivar. When it's perfectly ripe, it's the best choice for various tomato sauces, or for drying. Often you'll see people buying them in enormous quantities – this means they are far-sighted and think ahead. 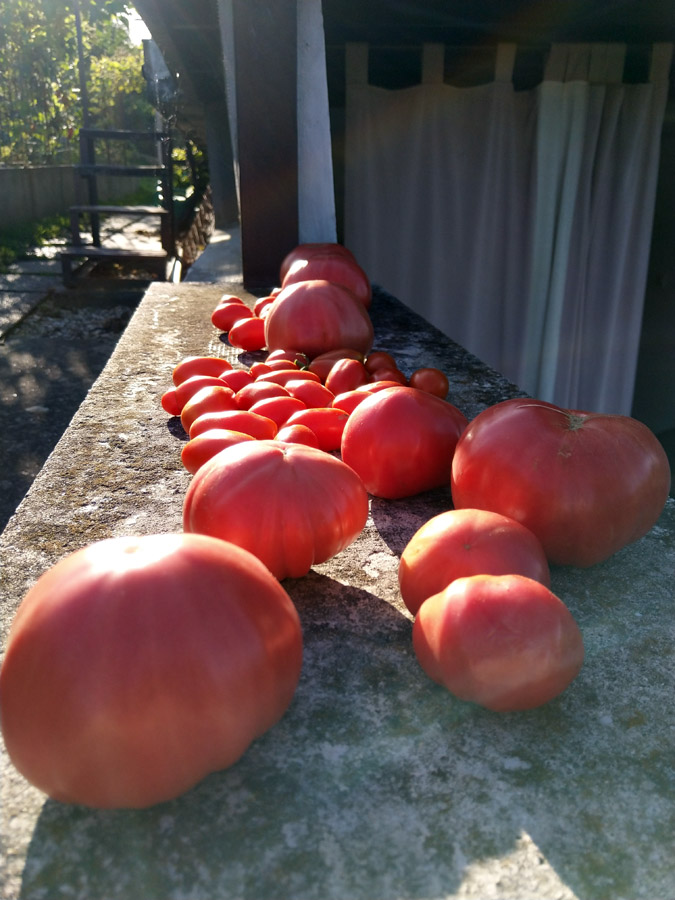 In the pepper department, there are two main categories that matter the most at the moment – bullhorn peppers and bell peppers. Peppers don't come in such diversity of shape and looks as tomatoes, so the ugliness and originality are not that pronounced in this case. Just go for the healthy looking, fleshy and firm ones. Long and curved red bullhorn pepper (rog paprika) is made for roasting. The smell of roasted peppers is one of the most characteristic September smells not just in the countryside, as it is step one in making popular Balkan-style relishes like ajvar. The most widely used bell peppers (paprika babura) are actually the yellow ones – throughout the summer, they end up stuffed with a mixture of minced meat and rice in tomato sauce. They are also the ones used raw, in salads. When buying bell peppers, let the size and smell guide you. Flavourful locally grown peppers are somewhat smaller than their mass-produced supermarket relatives, and their intense smell should hit hard, taking you back to childhood days. 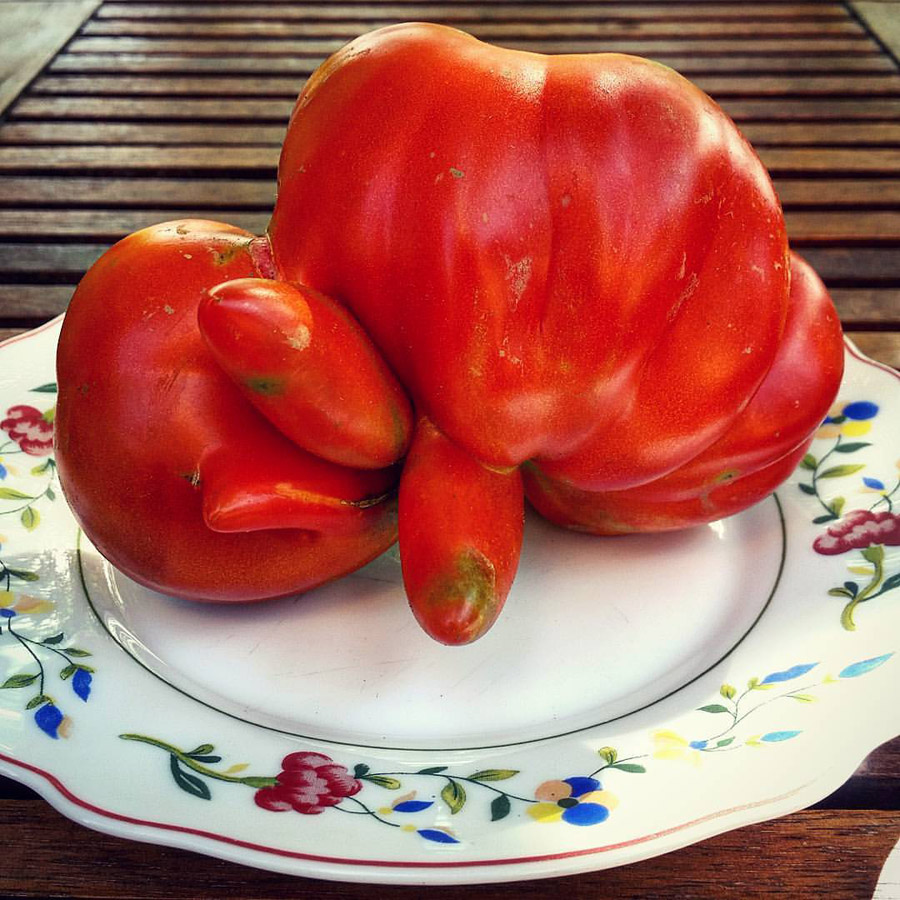 The ugliness rule is strongly recommended when it comes to late summer and early autumn fruits – plums, apples, pears. Engage all your senses, turn market browsing into an adventure. Always give advantage to smaller, blemished, and imperfect produce, with a real smell and rough texture. After a while, you'll learn all the tricks about picking the right stuff. Going for the ugly instead of the perfect is not only better taste-wise, but you are also helping small producers, opting for a healthier, eco friendlier and more sustainable choice. 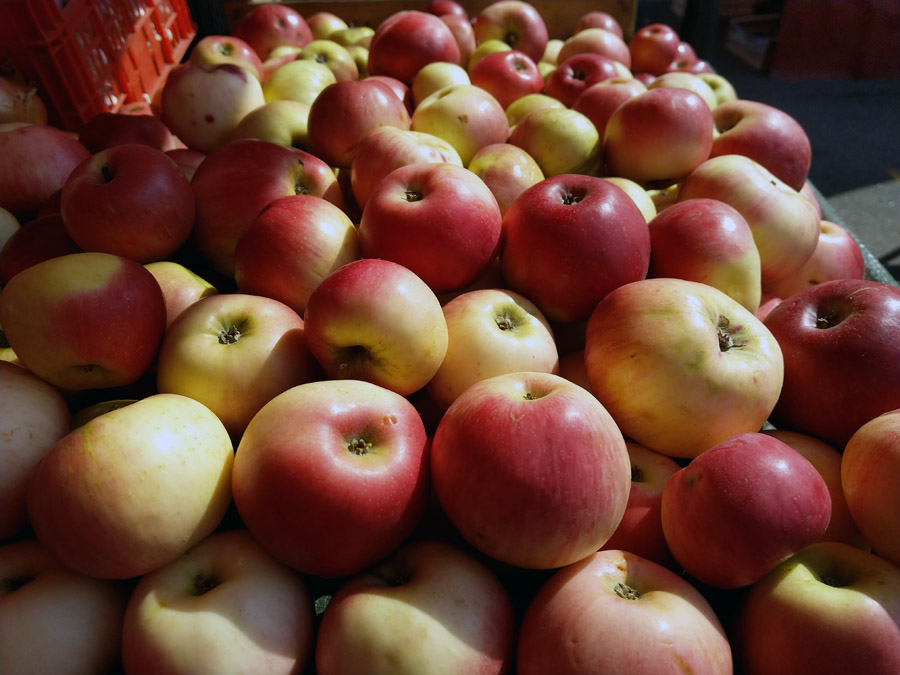