Croatian National Theatre: Why You Should Definitely Visit It as Often as Possible

It is definitely the pearl of Zagreb, one of its most impressive architectural masterpieces – Croatian National Theatre

Since I’m a small-town girl, growing up I didn’t go to the theatre much. Sometimes school would organize a school trip for our class to go to Zagreb and see some theatre show, but that was pretty much it. Still, during those few times I’ve been there, I can honestly say I was in awe. Especially when I entered Croatian National Theatre for the first time – it was love at first sight. The building itself is very impressive, but what it represents and the soul it has – words cannot do it justice. You simply have to come, see it for yourself, but most importantly, feel it for yourself. 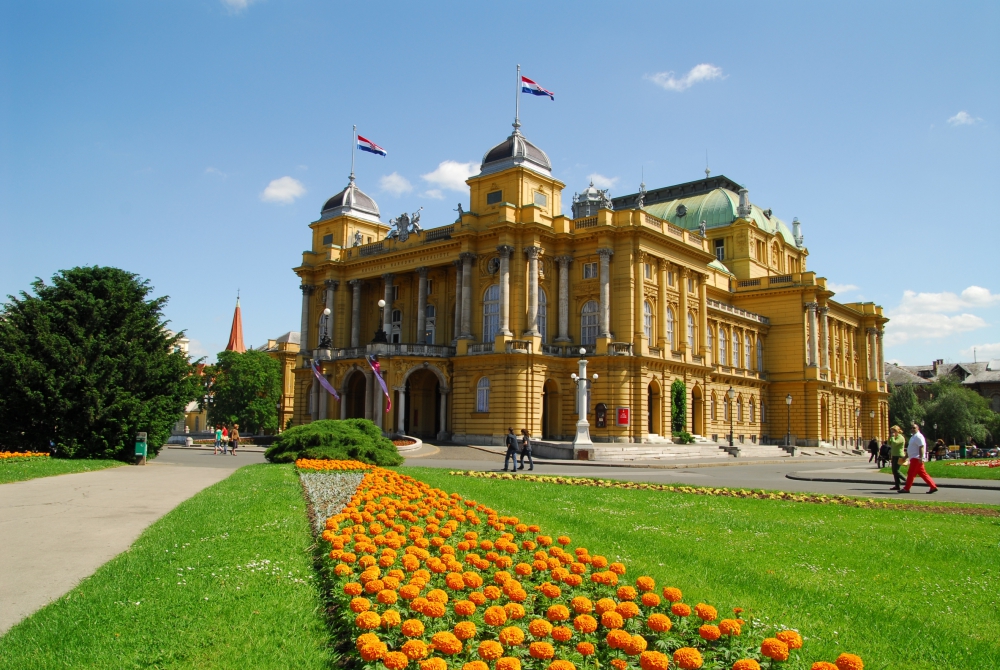 Some might think all theatres are the same, but in my opinion, they would be wrong. Since I’ve been living in Zagreb for the last couple of years, I’ve been going to the theatre as much as possible – sort of to make up for the time I didn’t go in earlier years of my life – but thanks to that experience, I really believe each theatre has its own unique aura like no other. Croatian National Theatre happens to be my favorite one and let me tell you why.

Even though it was founded in 1860, Croatian National Theatre wasn’t located where it is today. The construction of the building began in May 1894 and was opened for public in October 1985. The Emperor Franz Joseph I of Austria attended the grand opening, seeing the first performance ever – Slava umjetnosti (The Glory of Art by Stjepan Miletic, an allegorical ‘stage prologue in three scenes’ with music by Ivan pl. Zajc in which principals of Drama and Ballet participated). The second performance of the evening was the eighth scene from the opera Nikola Subic Zrinski by Ivan pl. Zajc. 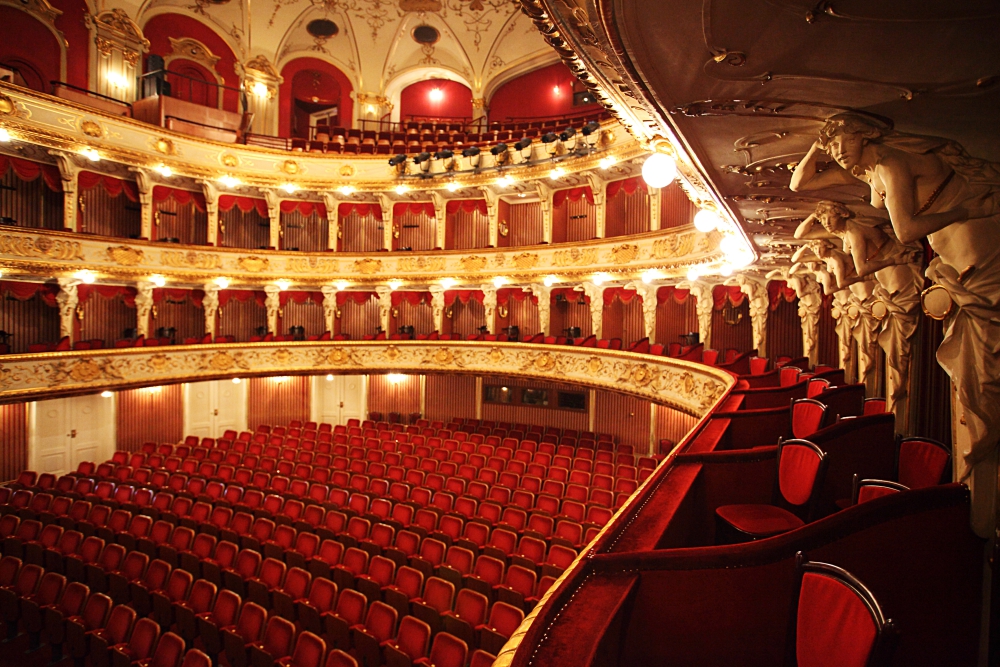 Among the many world-renowned artists who have visited the scene of the Zagreb’s most popular theatre throughout its history are Franz Liszt, Richard Strauss, Dmitry Šostakovič, Beniamino Gigli, Gérard Philipe, Vivian Leigh, Peter Brook, Marta Graham, Ashley Page, and others. Throughout the time, the Croatian National Theater has given special attention to domestic drama, opera and ballet and contemporary trends of the world theatre. That’s why it would be a shame to miss out on visiting it, especially if this is your first time in Zagreb. Go and give yourself a cultural catharsis through some Croatian play, whether you prefer opera, ballet or drama. There’s little bit of something for everyone.

The magic of theatre

The uniqueness of theatre is in the fact that all performances are live and that’s what gives it that special beauty. Isn’t it more magical to witness with your own two eyes performance that is in the midst of creation, that is coming to life right there before you? No CGI, just talents of actors and actresses who are giving their best to lure you into their plot. Obviously, what definitely helps them to get into their role is scenography. While you’re there, don’t forget to notice the technical aspects that took a lot of time and preparation to set the stage right: costume design, props, the lighting, the sound… All that helps in the creation of the show that has transformative effects on people. 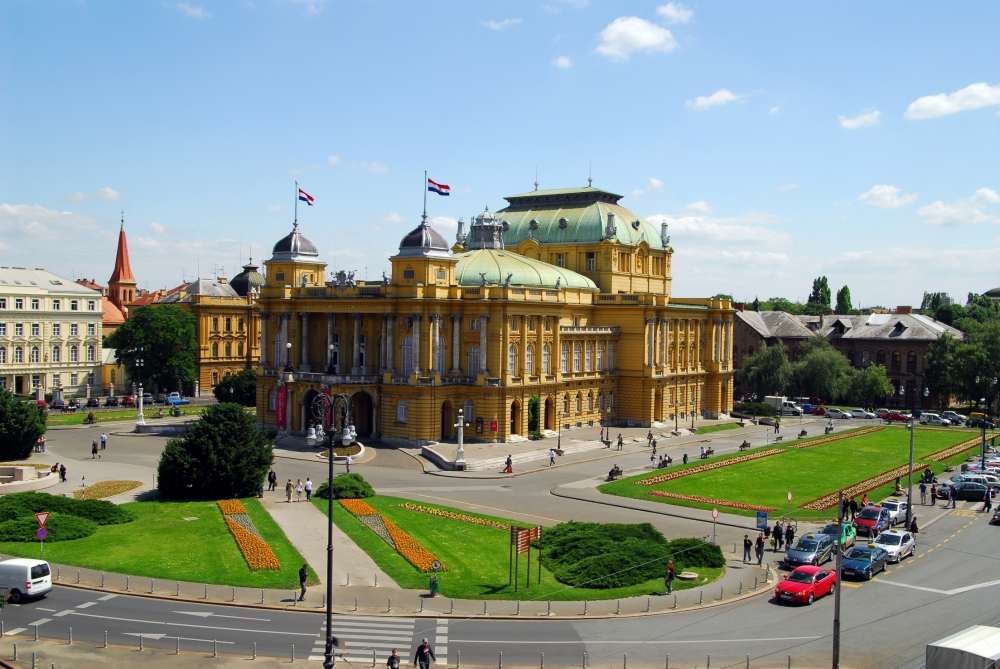 I don’t know about you, but I’ve often found myself walking out of a theatre with a completely different mindset, completely different opinions on some topics than I had before seeing the show. I think it’s because theatre goes deeper into the matter than movies do. Also, theatre shows deal with a lot “meatier themes” in a way that movies couldn’t get away with. I remember seeing plays dealing with topics such as death, illness, sacrifices, violence and more, portrayed at theatre stage with such pure ingenuity that I felt enriched after I left the building. Another secret ingredient for show-stopping performances in theatre is relying on mind-blowing dialogue. As I’ve previously stated, there are no special effects of CGI like in the movies, so theatre has to offer something different to its viewers to make it memorable. I think that’s why I felt like a completely different person after every show I’ve seen. Even if the characters weren’t relatable to me, I would still put myself in their shoes, think like them and relive their emotional experiences. 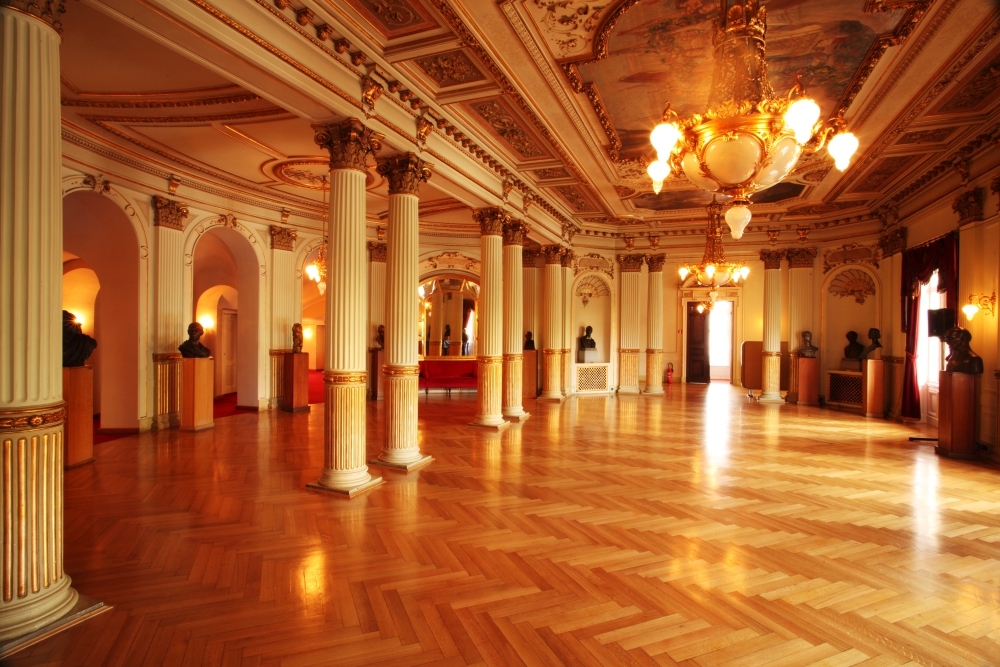 Without further ado, my point is you should come to Croatian National Theatre if you’ve never been there or, even if you’ve been, there has to be some new play you still haven’t seen. There’s no doubt in my mind that anyone can become a theatre fan (if they aren’t already) because it offers so much – it’s not just about operas, ballets or dramas. It’s about the whole experience. So if you know someone who finds theatre boring, take them by the hand and show them a play you think they’ll enjoy. We’re all different – some might think there’s no greatest thing in the world than opera; others might prefer getting lost in deep and meaningful dramas. Find out what you like and then let it consume you completely from the stage of the Croatian National Theatre.