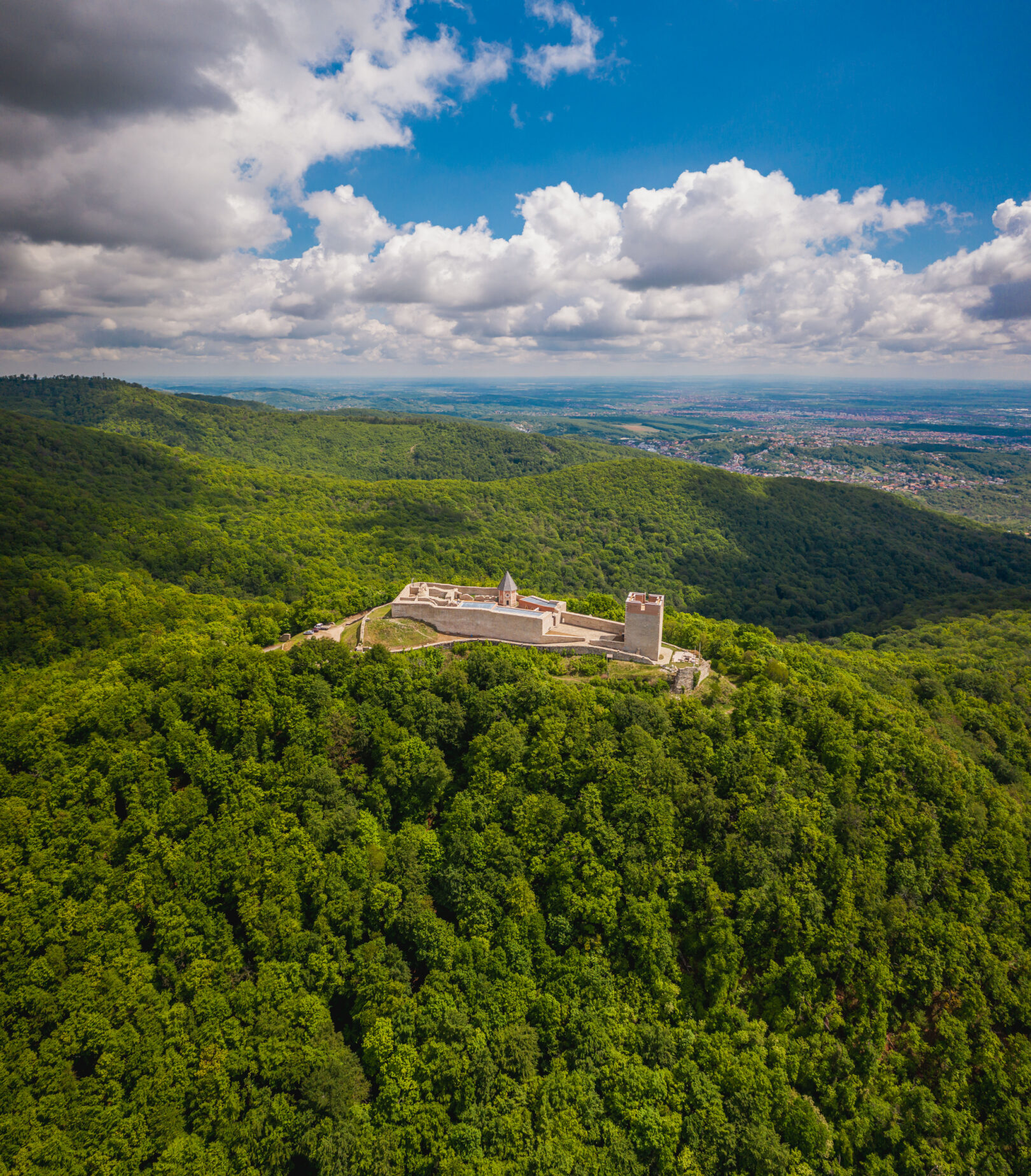 The historic fortress above Zagreb, visible to many visitors from the plane, has been completely renovated and turned into a new Visitor Center. The idea is to bring all the visitors, Zagrebians and tourists, closer to history of Medvedgrad.

If you have ever visited Zagreb, you've probably noticed a small peck of a building watching over the city. Well, up close it's not that small and its name is Medvedgrad. The historic fortress above Zagreb, visible to many visitors from the plane, has been completely renovated and turned into a new Visitor Center. There are a lot of interesting activities available to both locals and tourists and this is just the beginning of a new story of the Medvednica Nature Park. 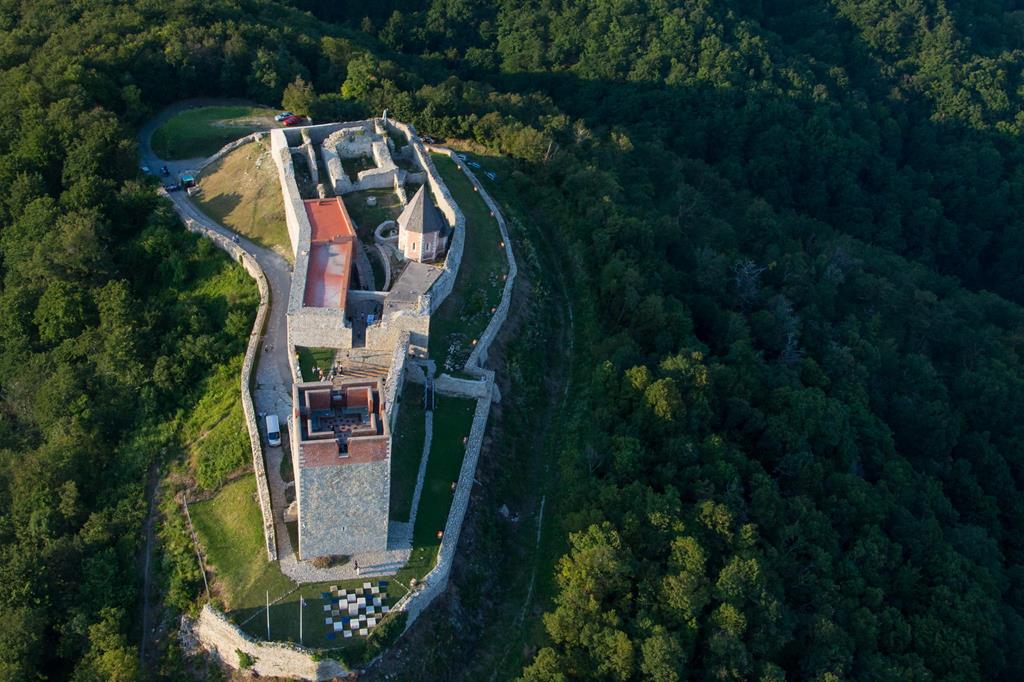 Medvedgrad was built in the 13th century, in 1254 to be exact, and is adorned with the Big and Small Palaces, the South Tower, the early Gothic chapel of St. Philip and James and the Altar of the Fatherland. In 2018, project activities of the most valuable and most significant project in the history of the Medvednica Nature Park Public Institution began to establish sustainable use of natural and cultural heritage. 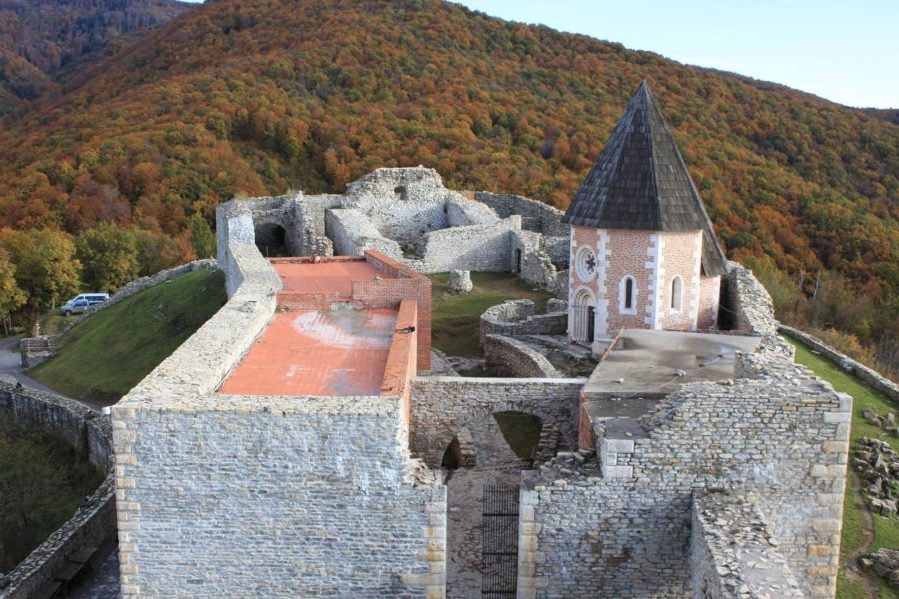 Although it was built primarily for the protection of citizens, bishops and church treasures, Medvedgrad, due to its perfect strategic position, has always been at the centre of the property and political turmoil. It has changed many masters who have won or lost it in various marriage combinations, sales, intrigues, or even conspiracies throughout its history. Yet, although fantastically fortified and always ready to fight, Medvedgrad was never attacked. On the contrary, the lords of Medvedgrad often filled their treasury and warehouses by looting the surrounding villages, and they knew, either by political or armed force, to attack Zagreb itself. The most notorious among them were the Counts of Celje, who in the middle of the 15th century carried out such terror over the city that many inhabitants of Gradec fled their homes. Even today, frightening stories about Countess Barbara of Celje - the infamous Black Queen - are circulating in the villages of Sljeme. Don't tell me this doesn't sound interesting! 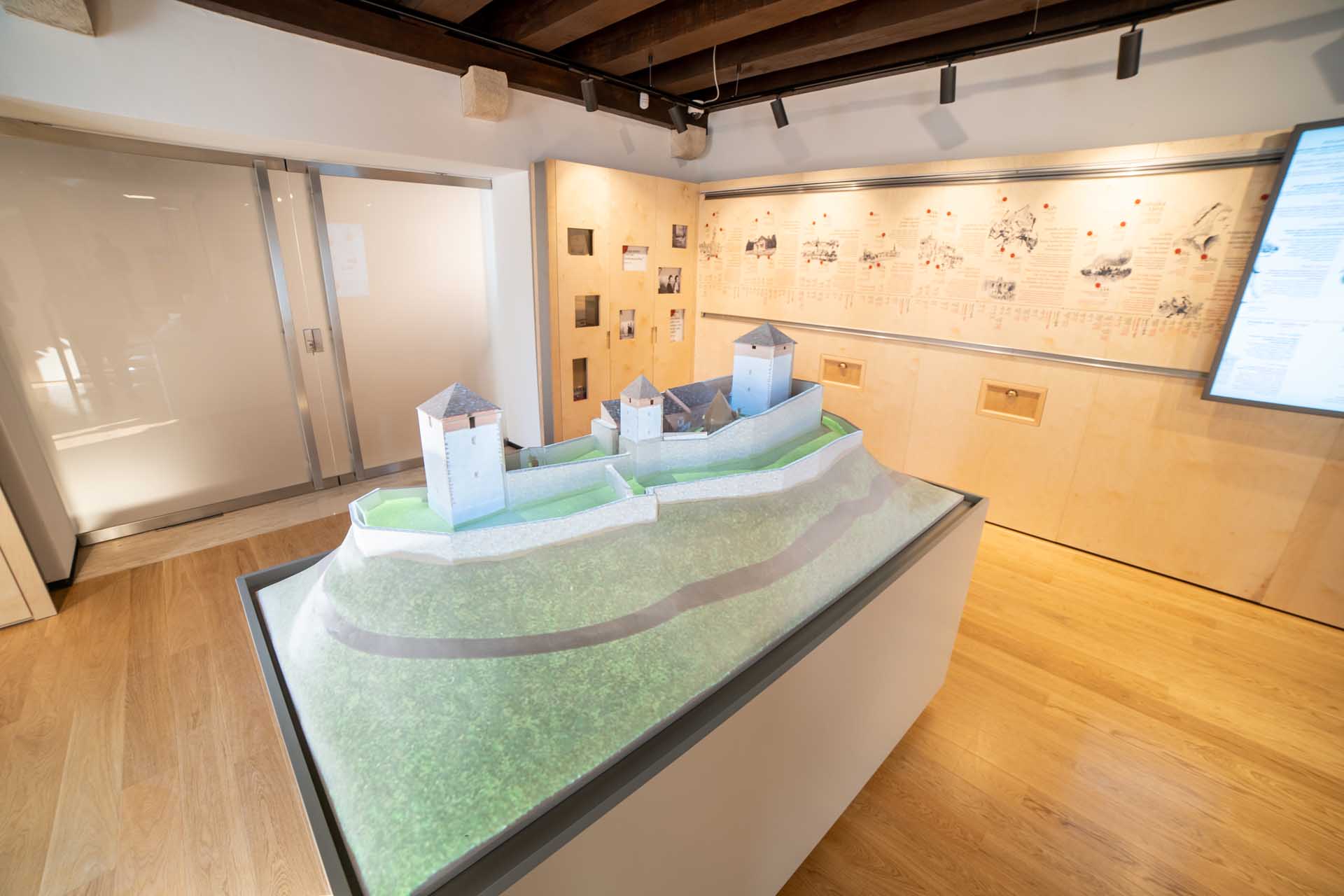 Renovating the past for the future

Upon arrival in Medvedgrad, the first things you notice are the renovated walls, paved driveway and walking paths. Your attention will immediately be drawn to the Visitor Center, which looks futuristic and evokes all the richness of this ancient city. In addition, there are new facilities whose purpose is to enrich the educational offer, especially for tourists in the area of the Medvednica Nature Park. Additional facilities of the Center include a special offer for children with two educational programs and accompanying interactive children's toys and puzzles that will provide fun learning about the natural and cultural values of Medvednica and Medvedgrad. 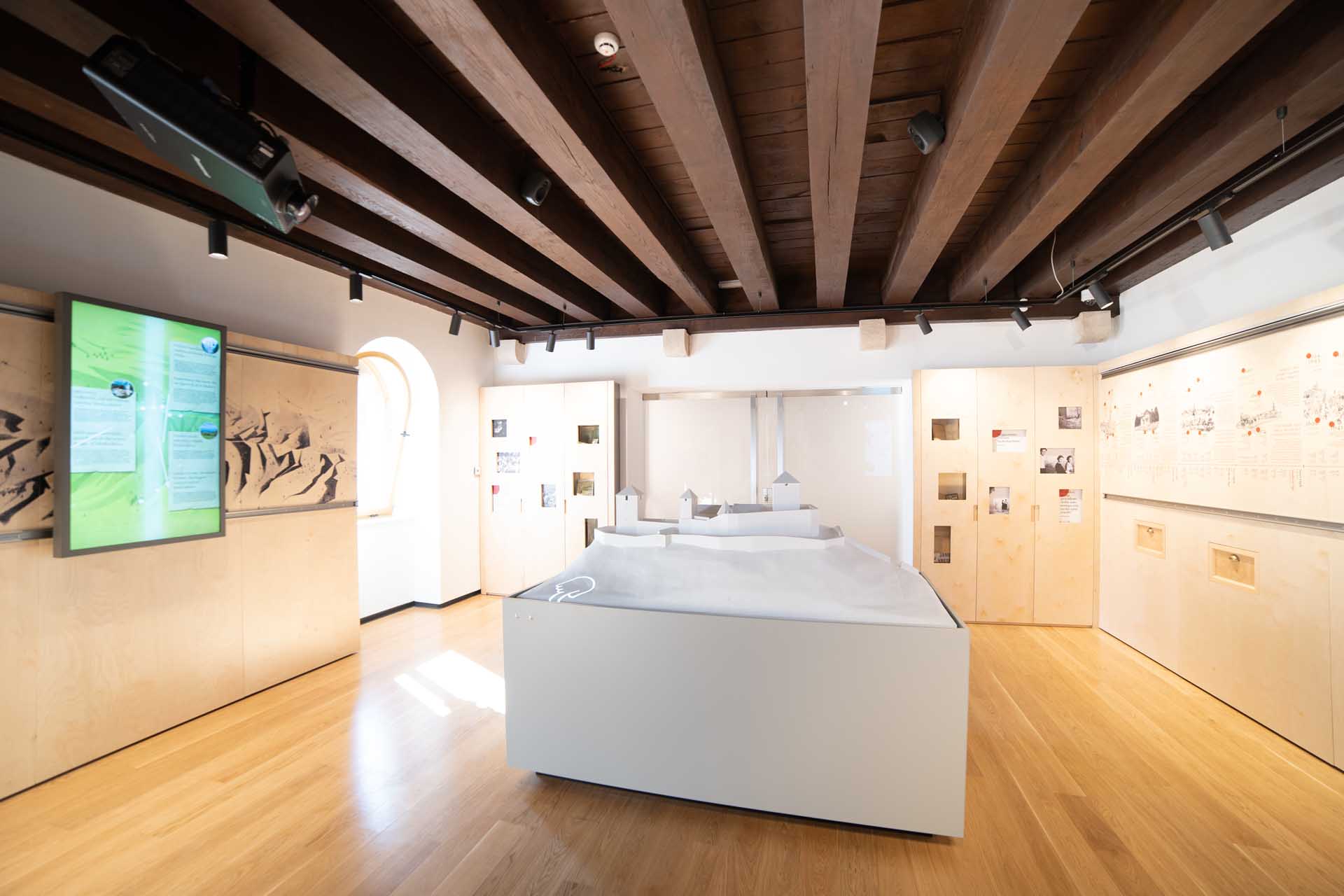 Exhibition within the walls

If you want to find out more interesting things about Medvedgrad, there is an information centre in the Great - West Palace with an info desk and a souvenir shop. Also, now there is a museum exhibition "Enchanted History" in the central hall, which interprets the exciting and rich history of Medvedgrad and the Park itself. In the Small - East Palace, there is a permanent museum exhibition, "Secrets of the Ancient Mountains", and it consists of a medieval pantry and a shadow theatre. The beautiful South Tower shows the protected area's natural and cultural values and importance. Creative exhibits accompanied by interpretive texts were performed in part in complex multimedia production. In addition to everything I already mentioned, the Center also has an open space where various programs, workshops and events can occur. 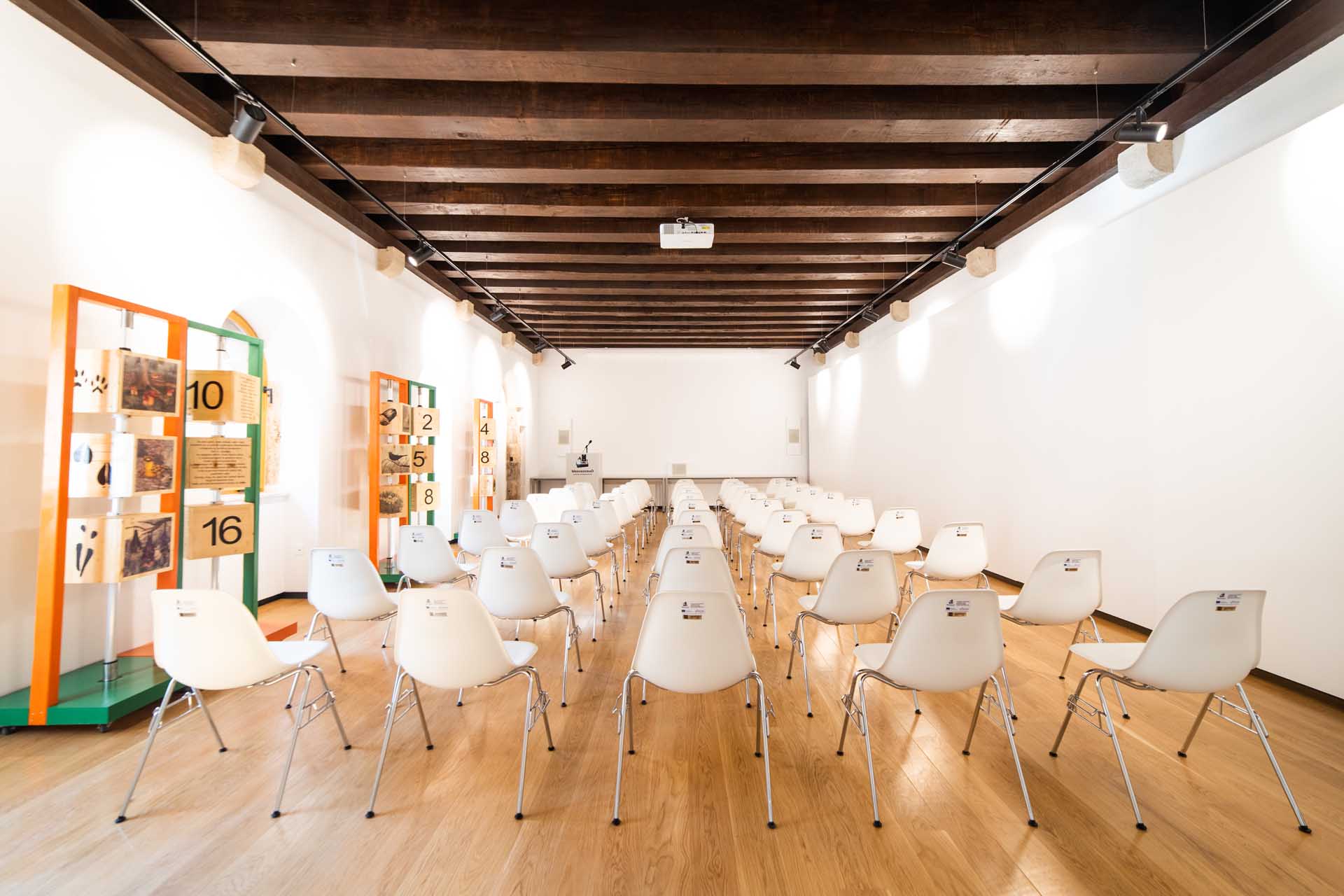 All of this will bring all the visitors, Zagrebians and tourists, closer to history of Medvedgrad. It will also present this creative interpretation and educational platform in the best possible way. Thus, Zagreb and Croatia have received a new interactive Center that puts Zagreb and the Medvednica Nature Park on a new map of the world's natural and educational destinations for the future. Make sure you visit Medvedgrad during your stay in Zagreb, and if you want to find out more information, you can find everything on their website.