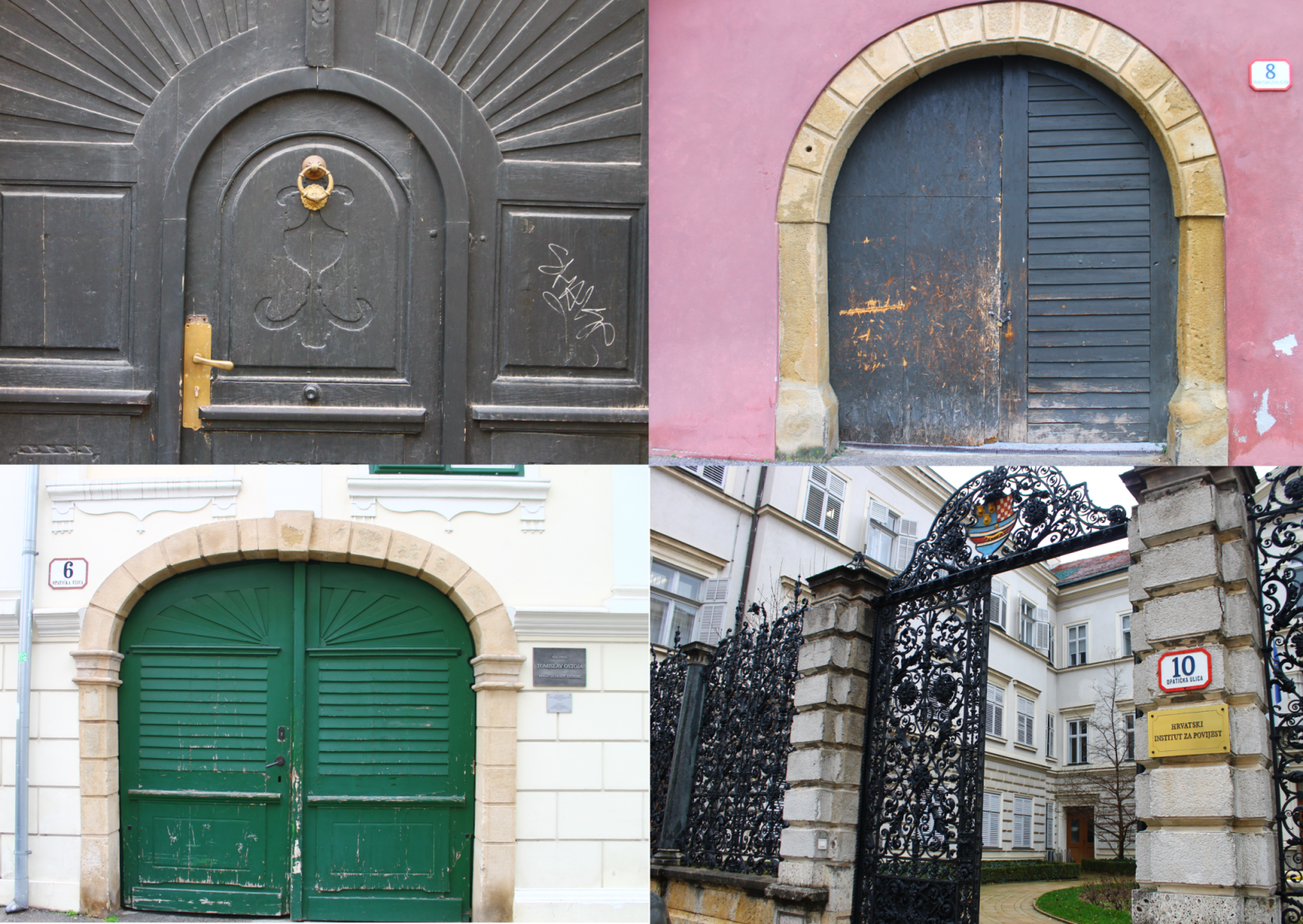 Doors of the Upper Town

Has it ever happened to you, as you walked around an old town, that you found yourself mesmerized by a simple door? Where does it lead? Who lives behind? Can I enter, can I peep through the keyhole?

If you have ever found yourself with all these questions buzzing around in your mind, Zagreb is the perfect city to spark your curiosity. Join us for a photo quest for intriguing doors of the Upper Town area. 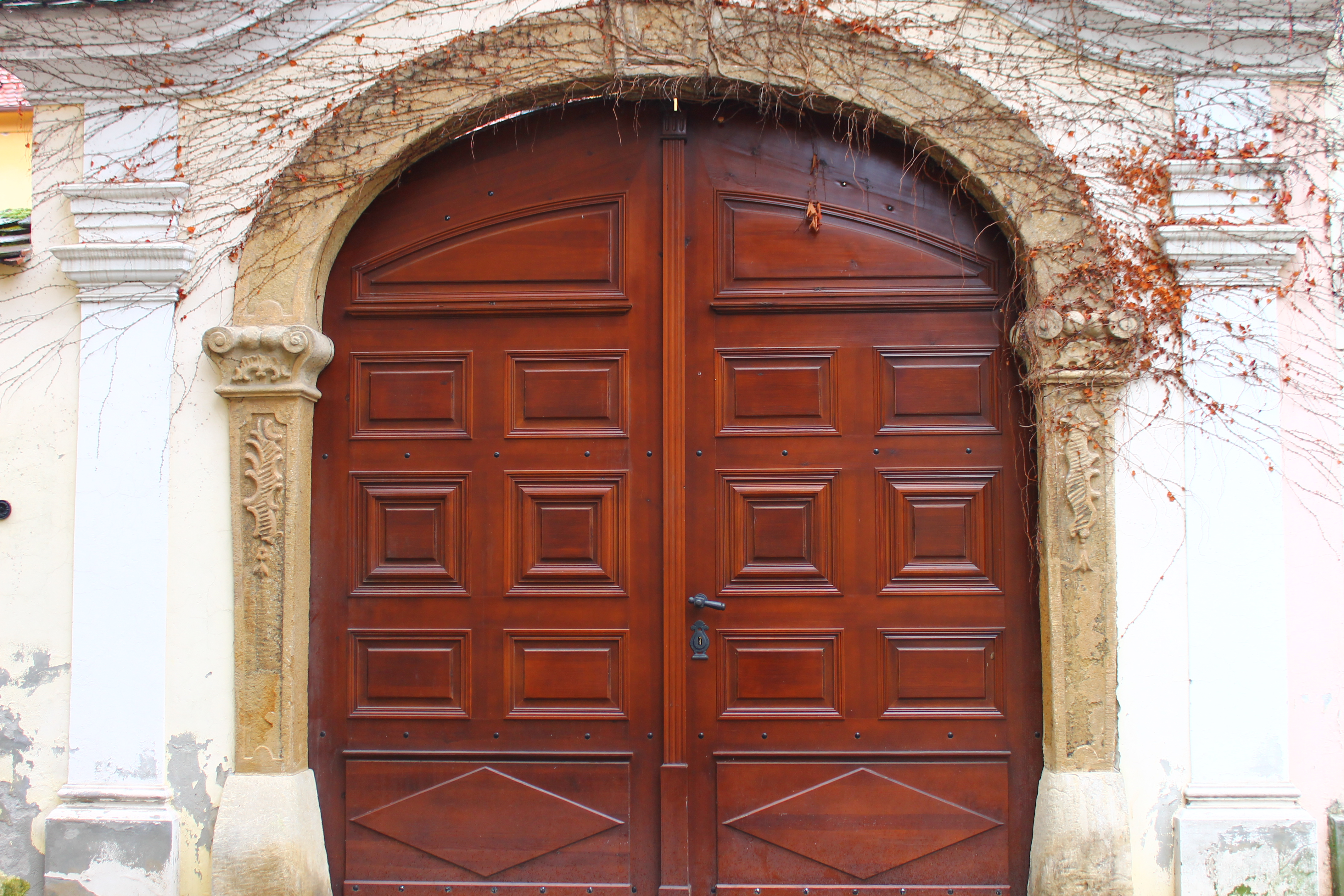 This heavy wooden gate leads to the Škrlec-Balbi house. The building behind the doorway is now home to the Old Church Slavonic Institute that researches Croatian Glagolitic heritage. If you could take a sneak peek into the courtyard, you would be amazed by it’s well. The well is impressive both on the outside and on the inside, for it is almost 30 meters deep. 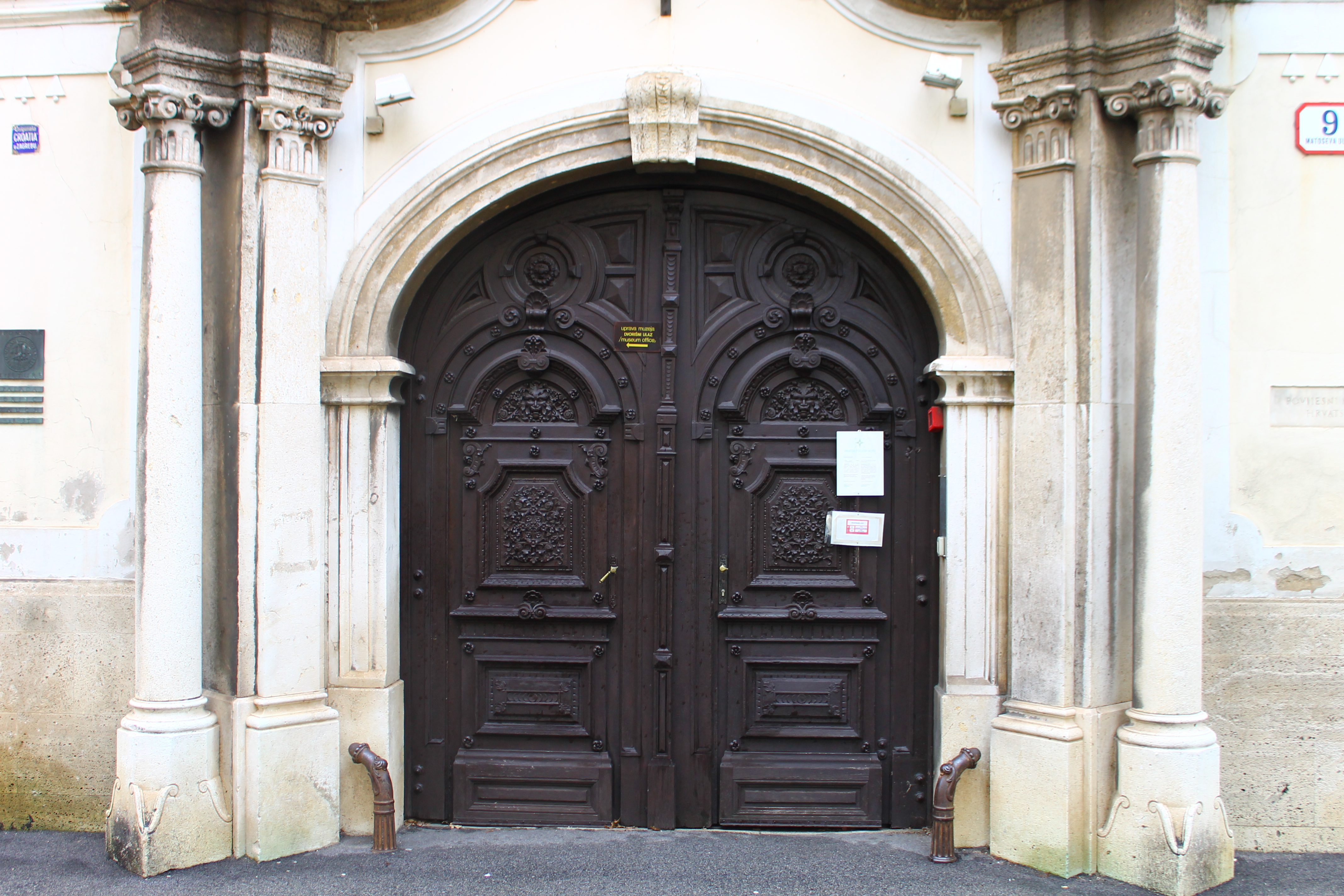 The best preserved house from baroque times in Zagreb is adorned with this exquisite gate, wide enough for a carriage to pass through. That way, if you were a guest at one of the many nobility balls and theater plays that took place inside the Vojković-Vojkffy palace, you wouldn’t have to step out of your carriage while you were still in the muddy street and get your silky shoes dirty. The palace is now home to Croatian History Museum. 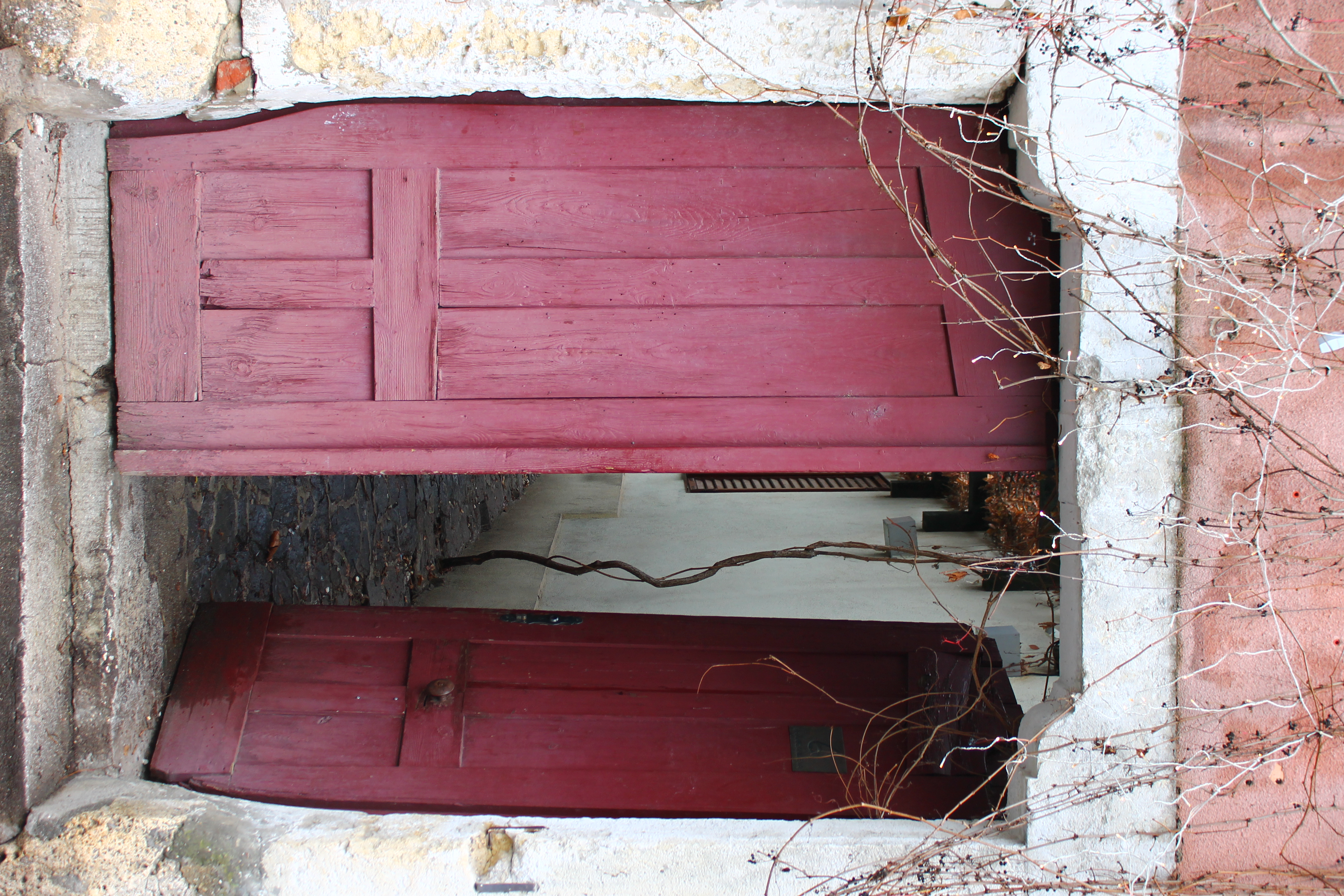 This red door belongs to the oldest type of house in the Upper Town area. It helps us imagine the historical looks of the town. It is interesting to notice that it was rebuilt in the 18th century, just when the notorious Zagreb witch hunts took place. If you get hungry after a long walk around Zagreb, try to find this door. It will take you to a popular local bistro called - Vještica (Witch). 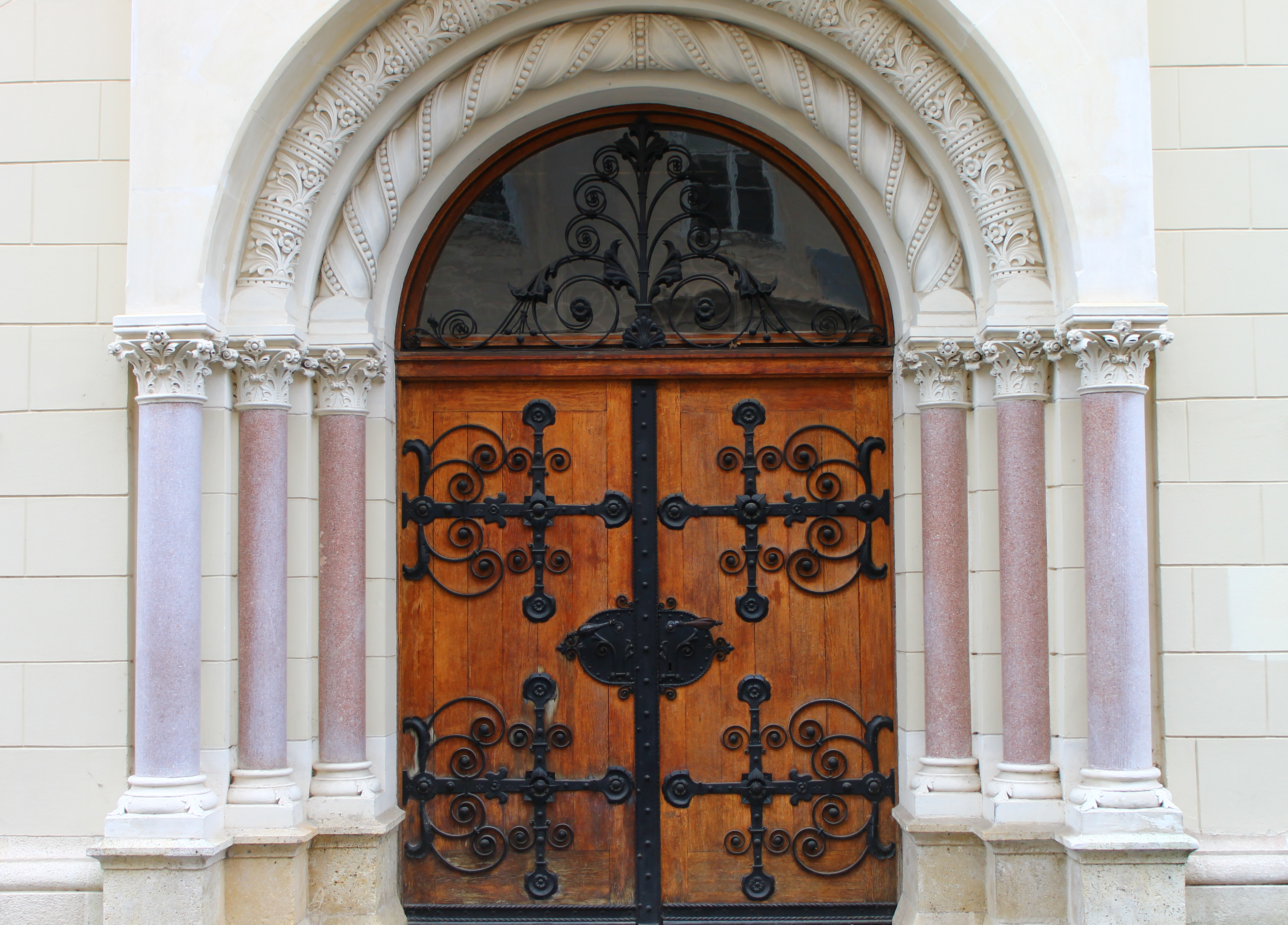 This is the entrance to the Greek Catholic co-cathedral. The church was designed by a well-known 19th century architect Herman Bolle who left his signature all over the city. Greek Catholic church is a place where Eastern and Western Christianity live together in harmony, as it follows Byzantine liturgy in communion with Rome. If you join a mass, you might feel like being transformed into a magical realm of past times, because the rites still include elements of ancient Slavic heritage. 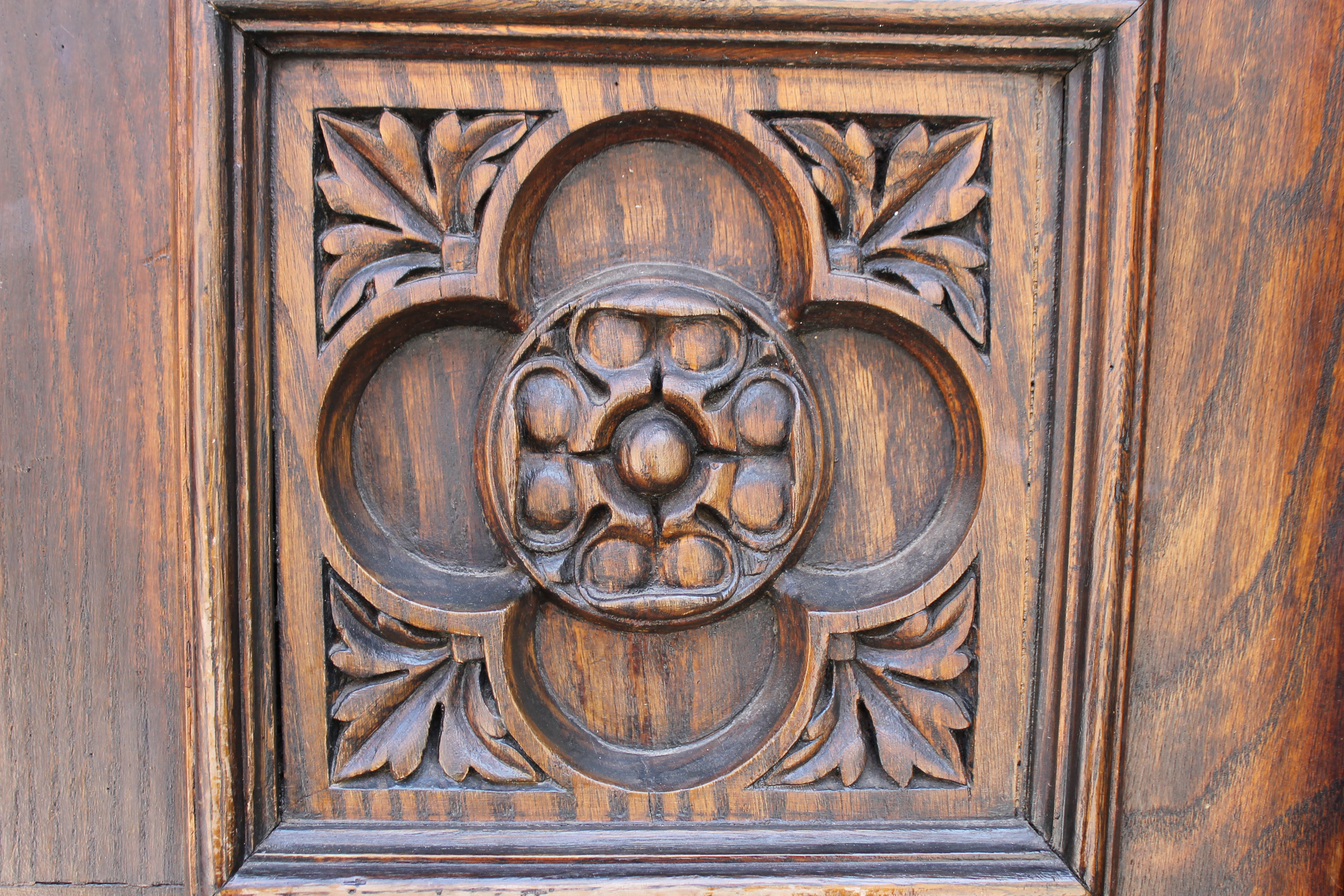 This is a detail from the least impressive portal of the St Mark’s Church in Zagreb. The church in the very center of a medieval town of Gradec, nowadays Upper Town area, is a true symbol of Zagreb. It is a showcase of the city’s history because it has preserved valuable traces from its earliest days and each century ever since. Its most precious portal is the Gothic one right under the colourful emblems on the rooftop. Museum of the City of Zagreb cherishes the original 15th century entrance to the church’s treasury. For this occasion, we have deliberately chosen a detail from the less valuable West portal in hope that its beauty will persuade you to closely investigate and enjoy St Mark’s Church the next time you pass by. 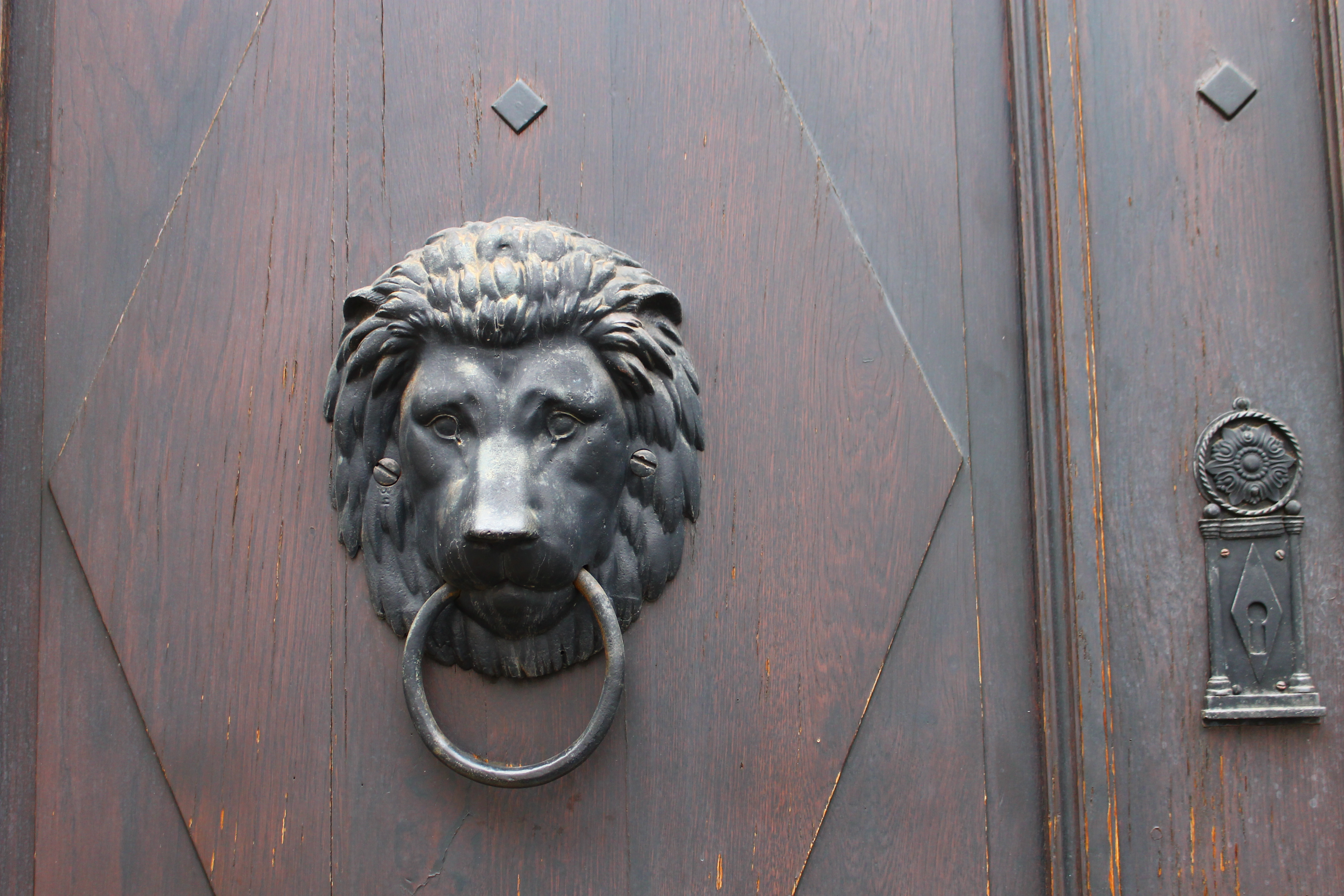 Tadija Ferić, one of the wealthy 19th century lawyers, built his impressive house at the prestige location of St Mark’s Square. In a tragic politically-triggered shooting of 1845, the first shot was fired precisely from this house. 13 people were killed on that occasion. There aren’t many residents who remember the person who made the shooting possible. Yet his heavy wooden door has survived to this day. 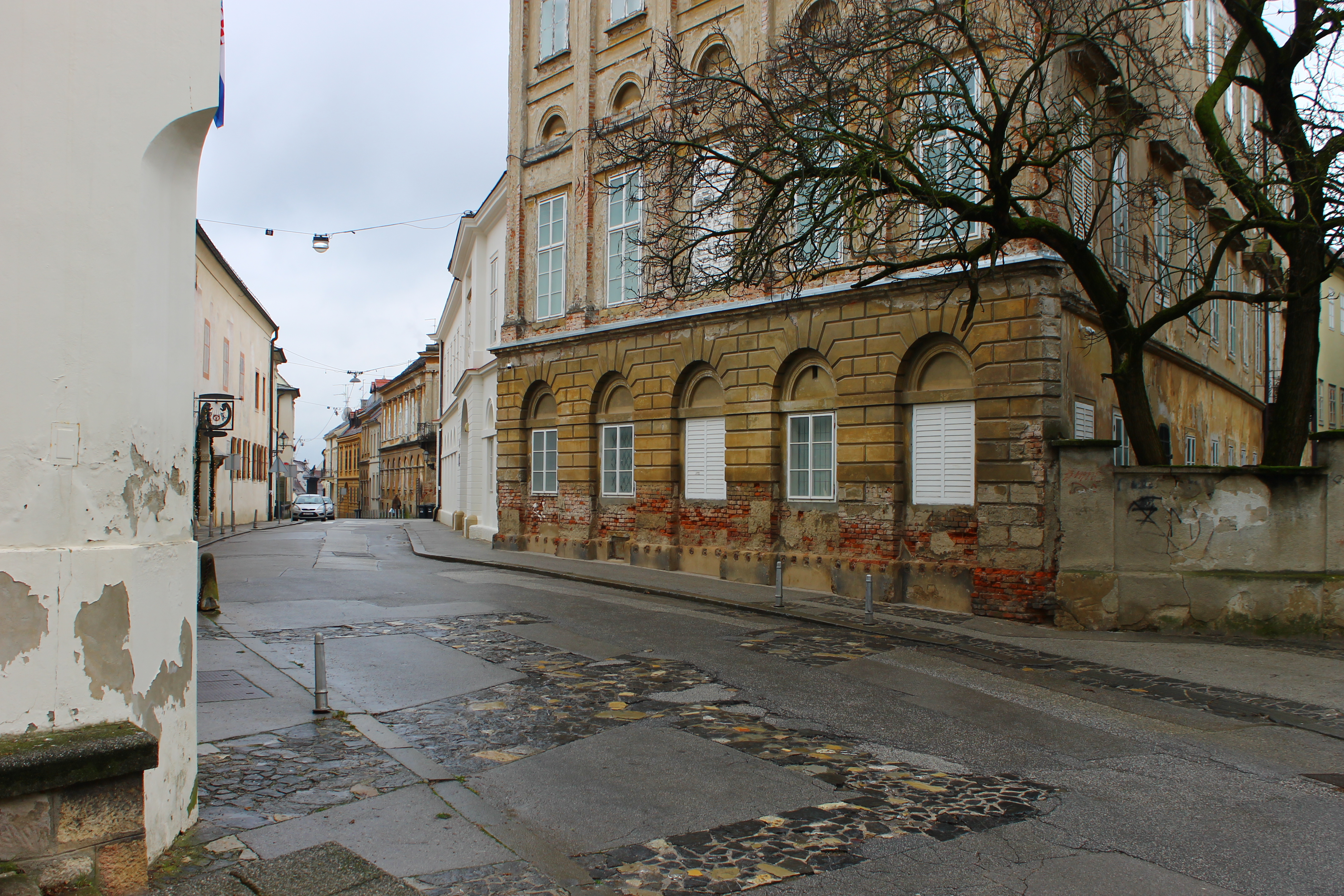 Can you spot a gate on this photo? You might have a hard time because some gates have disappeared throughout the ages. If you take a closer look, you will notice regular cobblestone shapes on the floor. They are a memory of a medieval town gate. The old town of Gradec used to be surrounded with a massive wall and several gates. The city got rid of most of its fortifications in the 19th century, including the North Gate at the end of Opatička street. 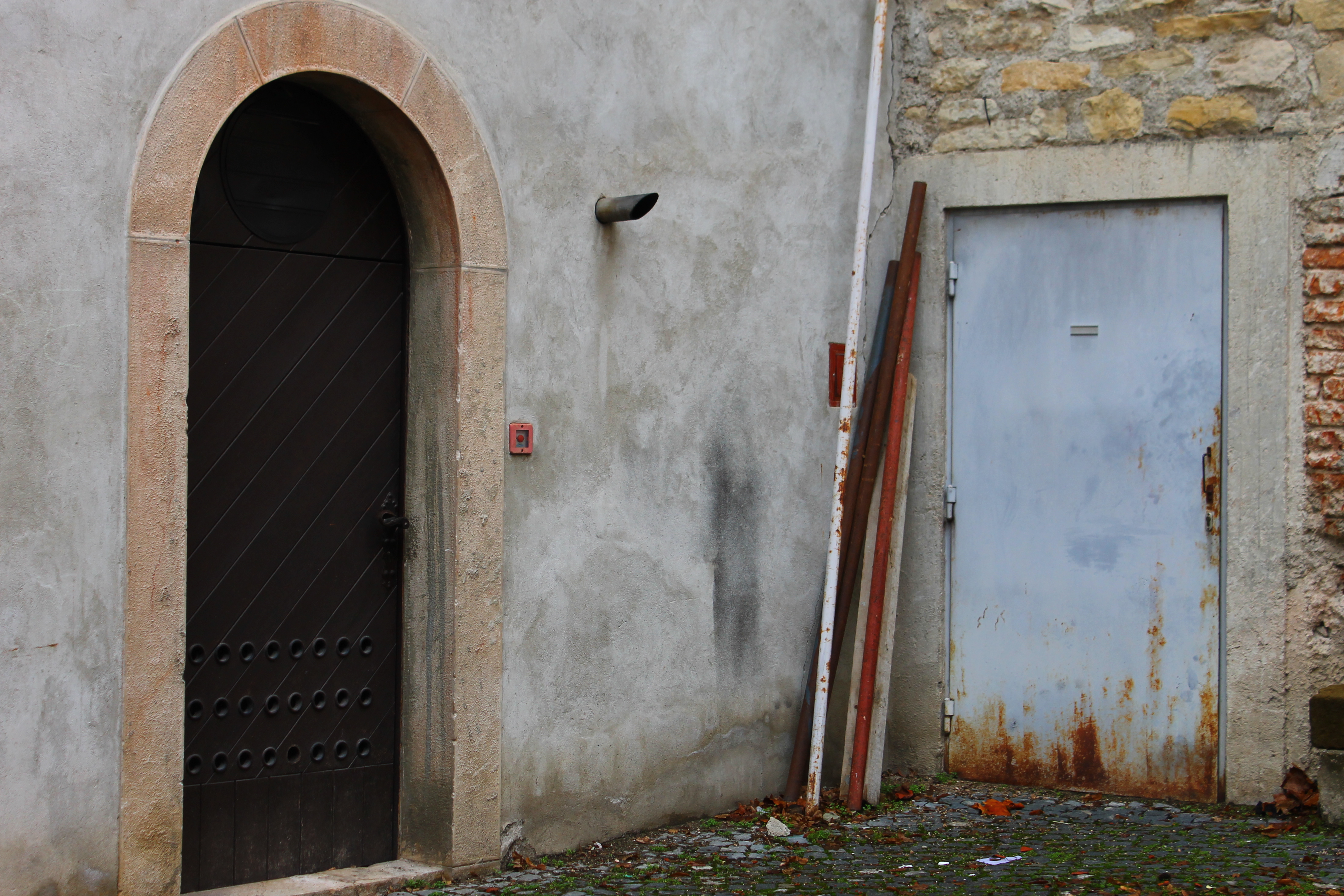 It is difficult to guess where do these doors lead, but there are some clues. Take a better look at the material that surrounds the door to the right. The building looks quite old and is made of stone. This unsightly door is a part of the medieval Popov toranj (Priest’s Tower), one of the best preserved parts of the medieval fortification of the Upper Town area. The two old doors are usually locked, but there is another contemporary one nearby, and it takes you straight to the top of this old tower. Visits are possible only in the evening when the time is right for stargazing - the centuries-old tower hosts the Zagreb Observatory. 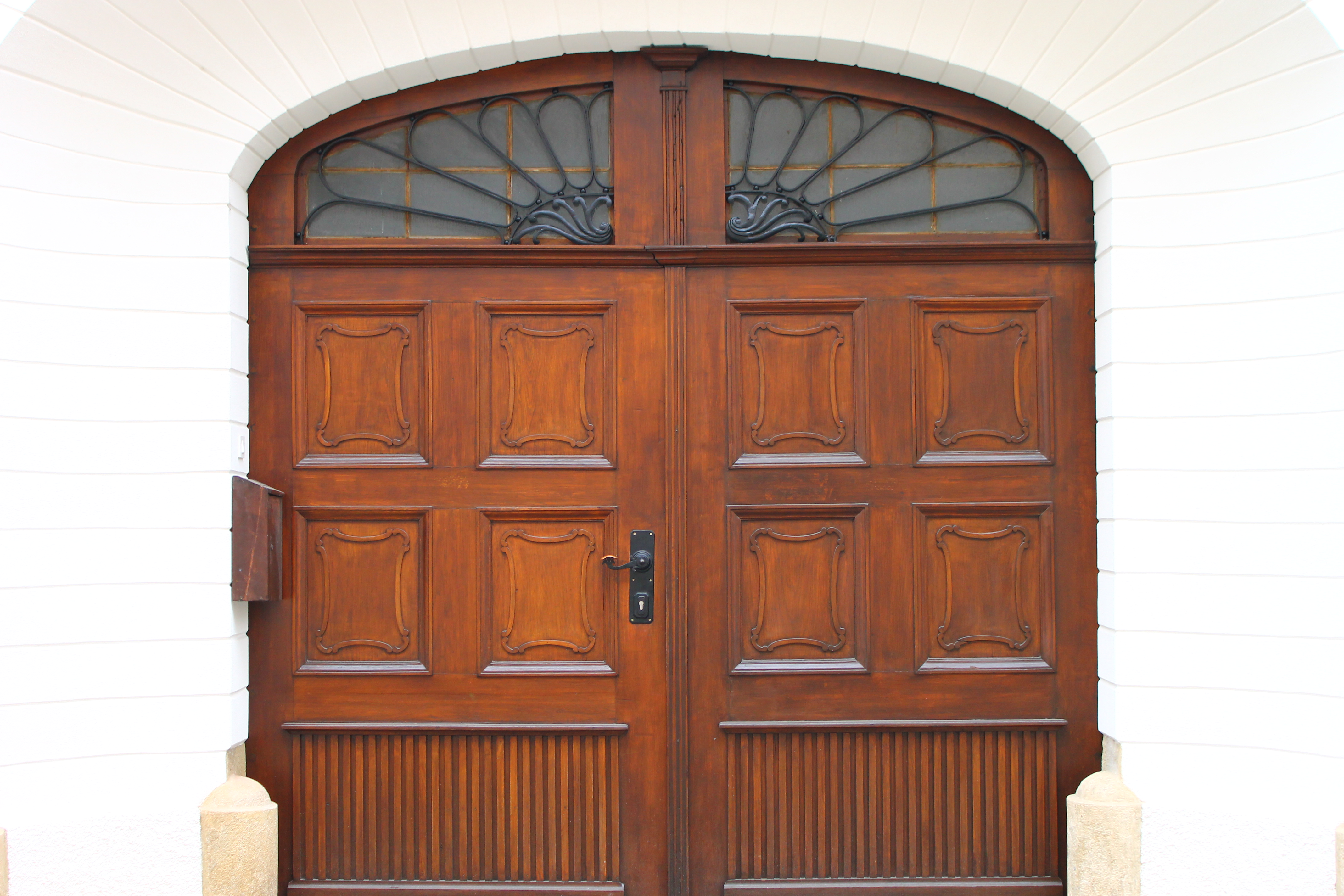 This doorway guards the history of Zagreb. Once a gorgeous entrance to the home of noble Drašković family, now a door to the State Archives in Zagreb. If you happen to pass by, try to enter. Charming courtyard behind the gate is often open for visits. 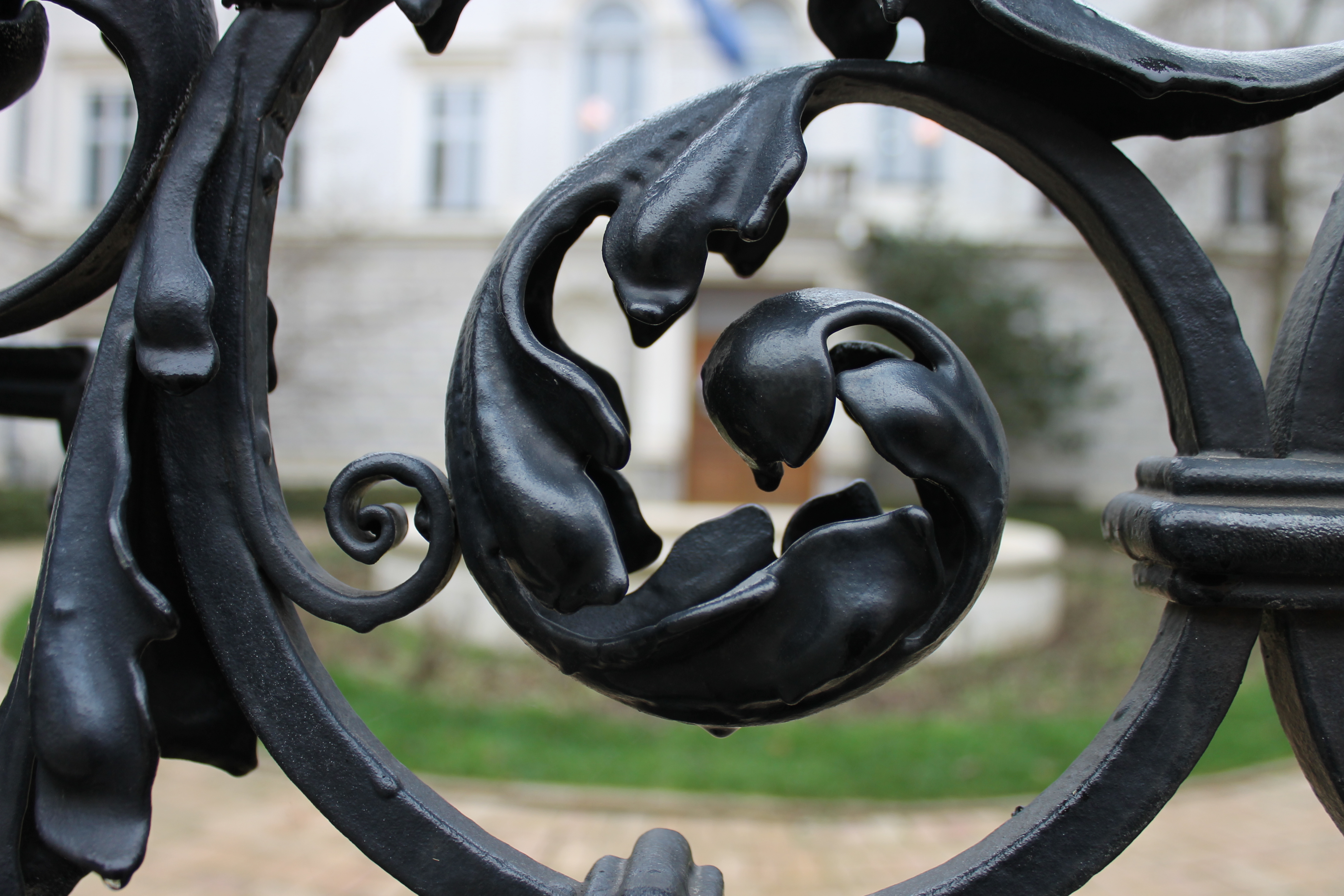 One look at this detail will be enough for any Zagreber to know that we’re standing in front of Croatian Institute of History in Opatička street. When you stop in awe in front of the iconic elaborate iron fence, you are bound to wonder if there is something equally exquisite inside of the building. There is, indeed. Some say it’s the most beautiful interior of Zagreb, known as the Golden Hall, covered in art of Croatia’s most talented 19th century painters. While there aren’t many opportunities to enter the Golden Hall itself, the iron fence and gate welcome all of their admirers. It took 18 months for the School of Arts and Crafts to create it. It is now a symbol of local craftsmanship. 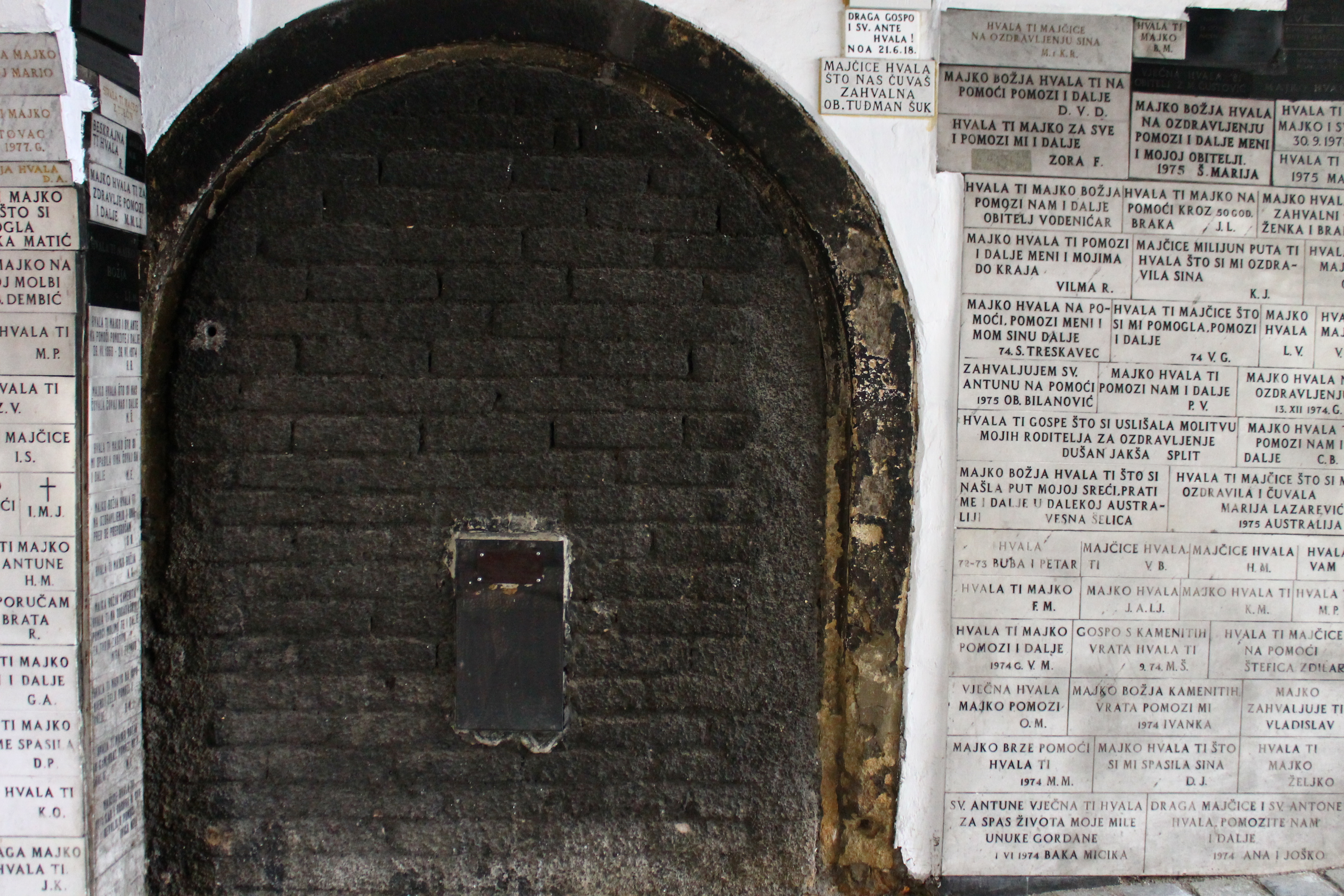 Is there anything more mysterious than a door that’s not there anymore? This one is hidden inside of - another door. Inside of the Stone Gate passage. The Stone Gate is the only town gate that has survived the centuries. It is a Marian shrine, which is why the walls are covered in thanksgiving plaques. The Stone Gate passage seems like a small tunnel. Actually, it was a tiny shopping area that welcomed the visitors into the lively old town of Gradec. This is probably a reminder of one of the shops. We can’t help but wonder, is there anything else walled up inside together with the door. More interestingly, another medieval-type shop still exists next to this one as a true witness of the past. It sells candles for prayers and wishes.

As we pass through the Stone Gate, we are leaving the area of the Upper Town. Our photo walk hasn’t revealed much, but we hope it has proven that each door in Zagreb is up to its symbolic challenge. It serves as a passage into the past and a guardian of Zagreb’s memories. We also hope that it will make you even more curious the next time you walk around the city.

At the very end, let’s at least open our first door. For the rest of them, you will have to come to Zagreb and take a sneak peek yourself. 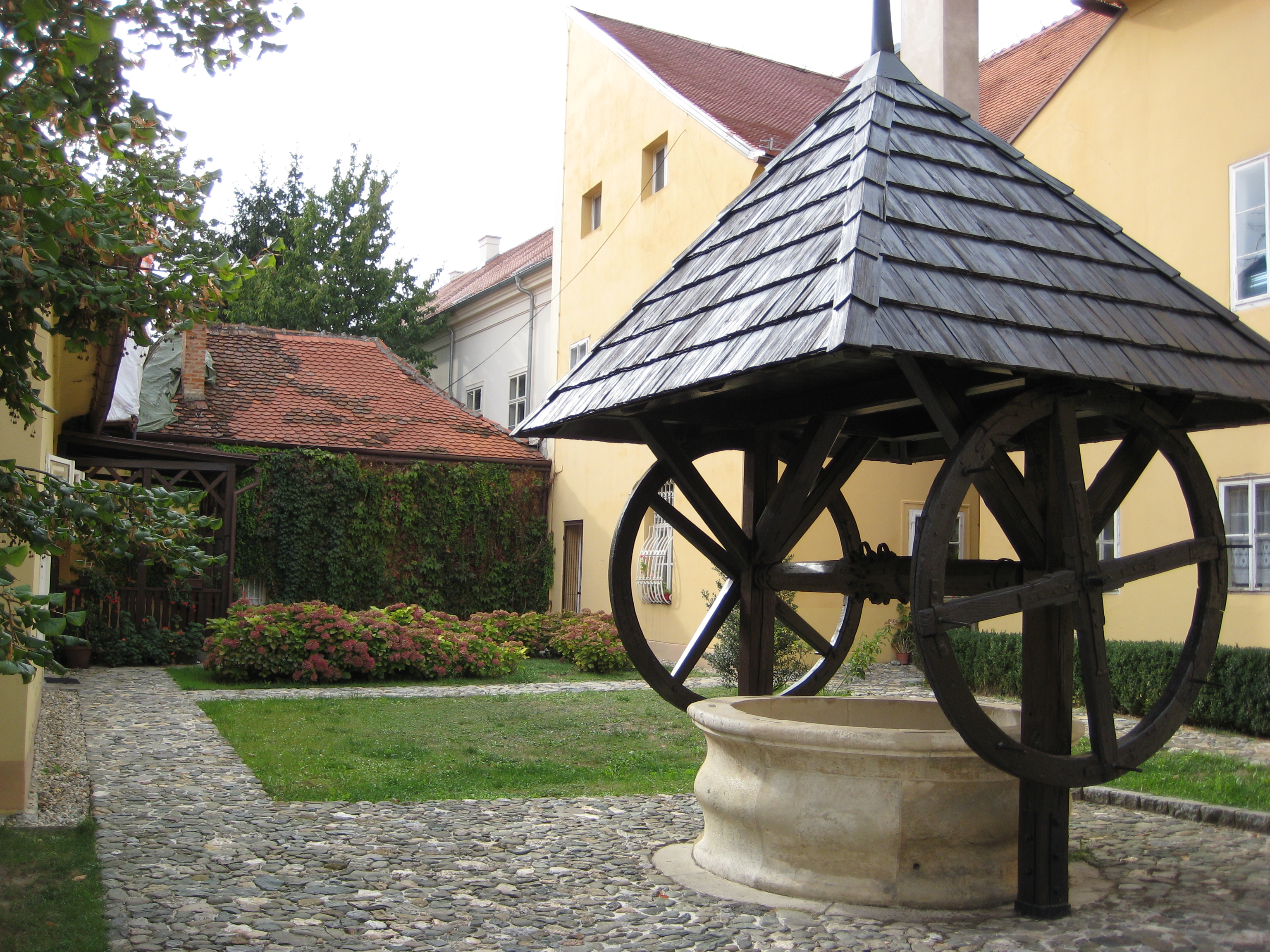 Behind Our First Door in Demetrova 11