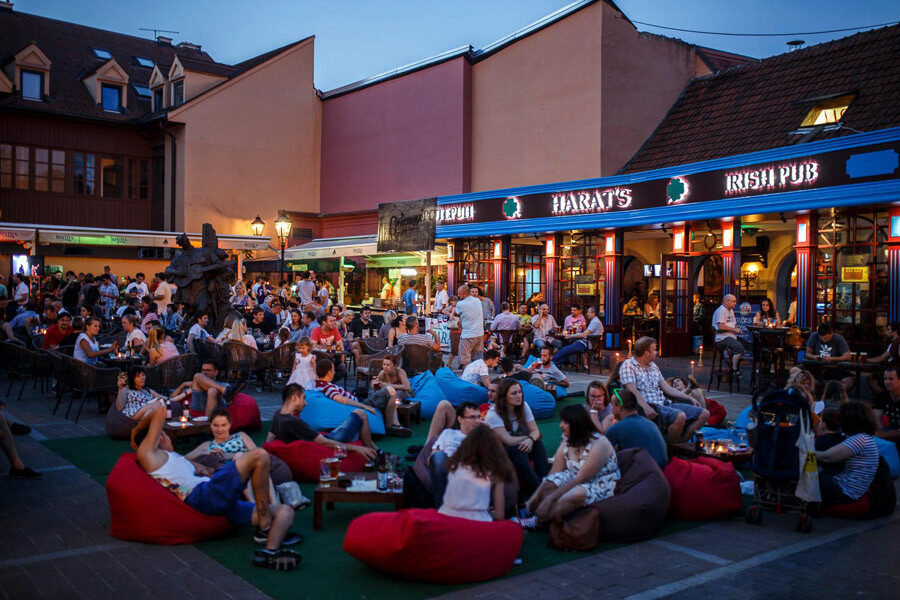 The Croatian booming and vibrant craft beer scene is no big news for anyone anymore.

In Zagreb, a launch of new beer or brewery is happening almost on a weekly basis. The next logical extension of this trend is the rise of craft beer festivals. Over the last few years there have already been a few, some of them becoming traditional, but it seems many new are to come. The time is perfect – it is late spring, everything is teeming with life, people want to spend every minute outdoors, just give them something, anything. Throw in some street food, barbecue, a bit of music and entertainment, and the success is guaranteed. “Give people sun and beer, make an event out of it and everyone's happy.” Image credit: Croatian Homebrew Championship

The biggest day in the year for every local beer geek is the first Saturday in June. It's the day for the legendary Croatian Homebrew Championship, a true celebration of the art of brewing, when hundreds of homebrewers from Croatia and abroad and their thirsty audience gather to sample some of the best and most interesting beers you can imagine. It's like a little Woodstock, but with beer. Unfortunately, the venue is not that big and it was never meant to be a huge event, so the number of visitors is limited and the tickets are sold out pretty quickly. But you'll be hearing stories and seeing photos from this amazing day for weeks after it.

“Combining music and beer has been a winning move for ages.” Image credit: BeerYard Festival

Another similar already traditional event is the BeerYard Festival in September, organized by the brewers themselves, but for now let's focus on what's happening in the near future. The intro to the season is the Chill & Grill weekend festival on Bundek Lake, usually held around the Labour Day. So it's already behind us, nothing to do but look forward for the next year's edition.

“Opatovina is nicknamed “the beer street” and as such it is the perfect venue for open-air beer events.” Image credit: Opatovina – the Beer Street

Sometimes you just need to get out of the city and beer events in small towns around Zagreb can be a nice opportunity. Check out Punkt BeerFest in Oroslavje, delivering a full weekend of craft beer, barbecue and live music.Krigl Fest in Križ is also not that far away. Or if you want something bigger, Čakovec is a great day-trip destination, especially if you know that Beerfest Sjever is taking place at the end of May, propelled by the local Lepi Dečki Brewery and Stari hrast pub and restaurant. When the summer arrives, Zagreb is looking forward to another Opatovina Beer Fest, overtaking a whole street and the cosy plateau just above Dolac Market. Lasting only one evening, this event turns into a big party for both locals and tourists because it's open to everyone and taking place at a very central and busy location. This is just a short list of festivals revolving around beer – the official beverage of the season – there's a bunch of other outdoor spring and summer events dedicated to culture, films, food, music... Zagreb is really full of them and often I think they are just an excuse for people to go out, eat and drink, socialize and celebrate. Cheers to that!