If there is one thing I've learned from visiting Zagreb's botanical garden, it's that you don't have to be a botanical fan at all to fall in love with it.

It is a story about a peaceful zone hidden in plain sight near Zagreb's central train station and King Tomislav Square. In fact, if you've been traveling by public transport, perhaps tram lines number 2, 4 or 9 – you have driven right by it.

So why do I say it's hidden? Because when I decided to go there I expected to elbow through people first to try and get a couple of good pictures but I was very wrong. As a first time visitor, I was surprised by the free entrance, there was no ticket fee. Which I can't complain about, especially as a student living on a budget. 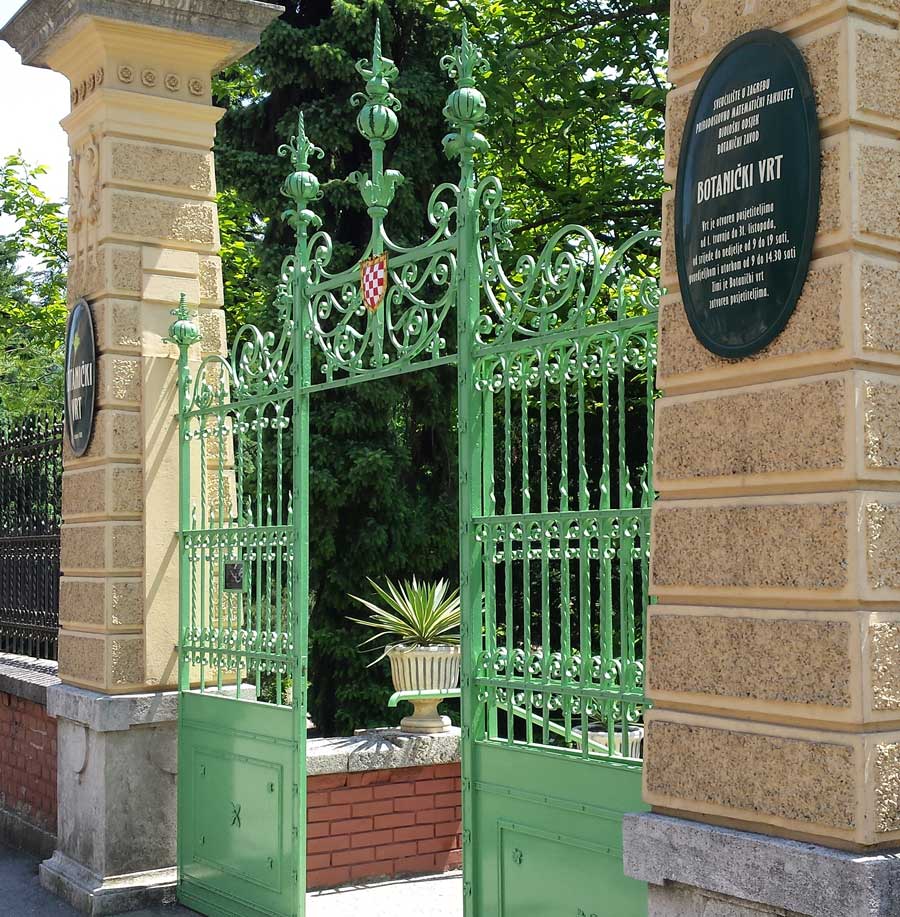 But where is everybody? Surely, on such a beautiful sunny day at the beginning of a tourist season, there would be plenty of people. Nope. In fact, I appeared to be alone in the middle of Central Zagreb, which is fascinating. So, I decided to take a little tour.

If you are like me, with a busy schedule and lots of responsibilities on your mind, then you have probably forgotten what it feels like to just shut the world out. Like with a good book. This garden gives you the same feeling. As you walk by, surrounded by green plants, occasionally walking past a young couple having a first date (you can totally tell how nervous he is, how stiff her body language is and the awkwardness of their small talk), you almost forget where you are. You seem to be in a quiet, peaceful dimension created for relaxing both eyes and your mind. You can sit on a bench and enjoy the peace, meditate or get lost in thoughts undisturbed while connecting with nature around you. Many of these trees are much older than me, and I am sure that they have their own story to tell, which is only partly and shortly summarized in brochures placed in frames around the park. 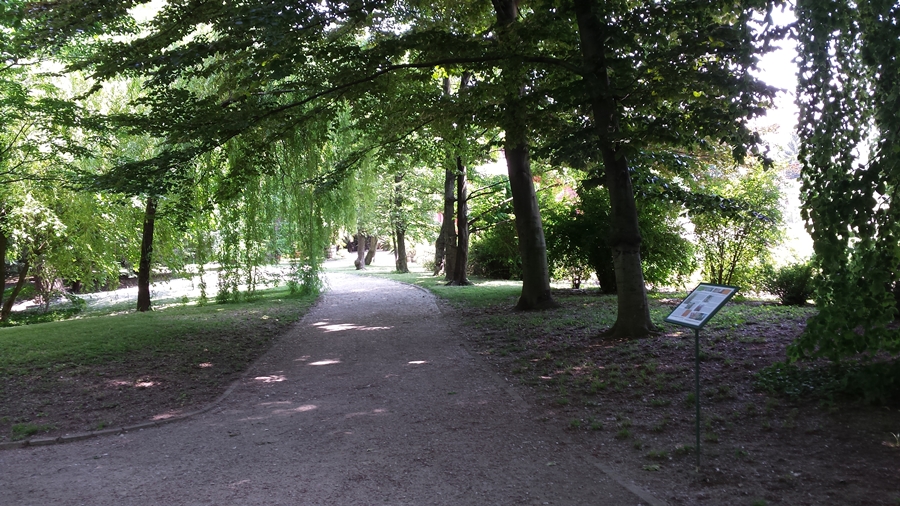 One thing I can really approve is how the place is well kept. While passing by, even though there weren't many visitors, you could see the staff subtly taking care of the herbs. I could tell you a lot about interesting plants I have seen and read about there, but I won't because that will spoil the experience for you if you decide to visit (and as a Game of Thrones fan, I can say two things, spoilers are basically a sin, and that House Tyrell would give Zagreb's botanical garden a thumbs up).

The garden is not really gigantic in proportions. It probably isn't the most luxurious botanical garden in Europe either, but if you come in with an open mind, just like I did – you will find that it has a simple yet memorable charm. I would recommend it as a good place for artistic souls searching for a bit of inspiration, people dealing with everyday stress who need to find just a fragment of peace and quiet for at least an hour, and – as I walked pass that lonely couple on their first date. I noticed that the conversation was picking up, which made me secretly glad. And it made me think about how this is also a place for a bit of old-fashioned romance (and I admit to be a sucker for it). 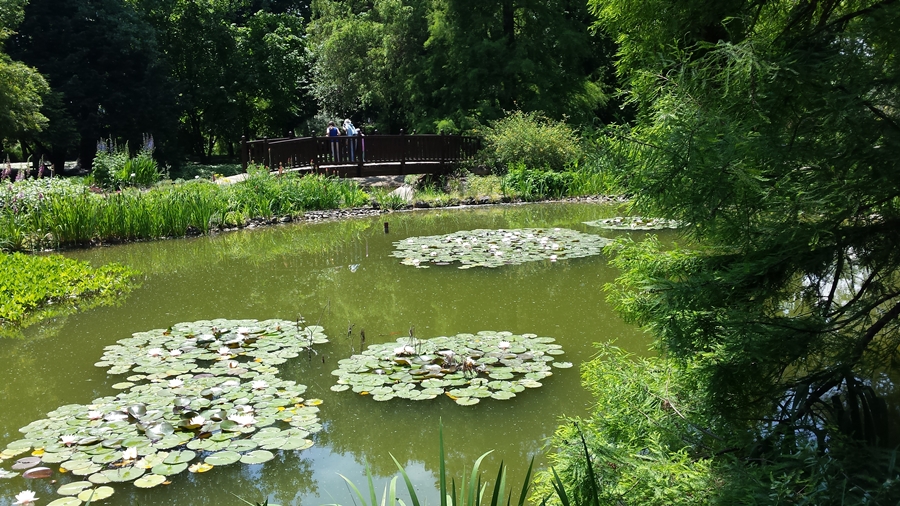 Such a nice, natural, relaxing environment is a perfect place to visit with someone you want to get to know a little better. It is silent enough to make conversation, yet not too quiet because you are surrounded by birds, squirrels and other living creatures who will help you start a conversation. And, if you have managed to break the ice and light a spark between you two, you are in the Center of Zagreb which means all of the best food places, entertainment, everything you could think of is at your walking distance, so your date can transition smoothly in any direction. 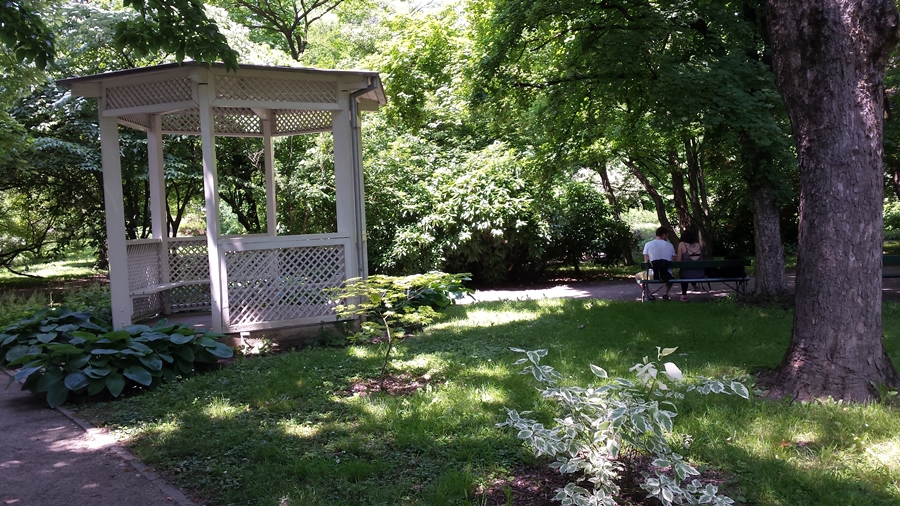 As I photograph some of my favourite images from the garden, I am positive that these herbal residents have many stories to tell. And if you give them a chance and visit them or stay for just a while, you might get a glimpse of it as a reward.

Header image: The map of the botanic garden, Zdenka Karaman