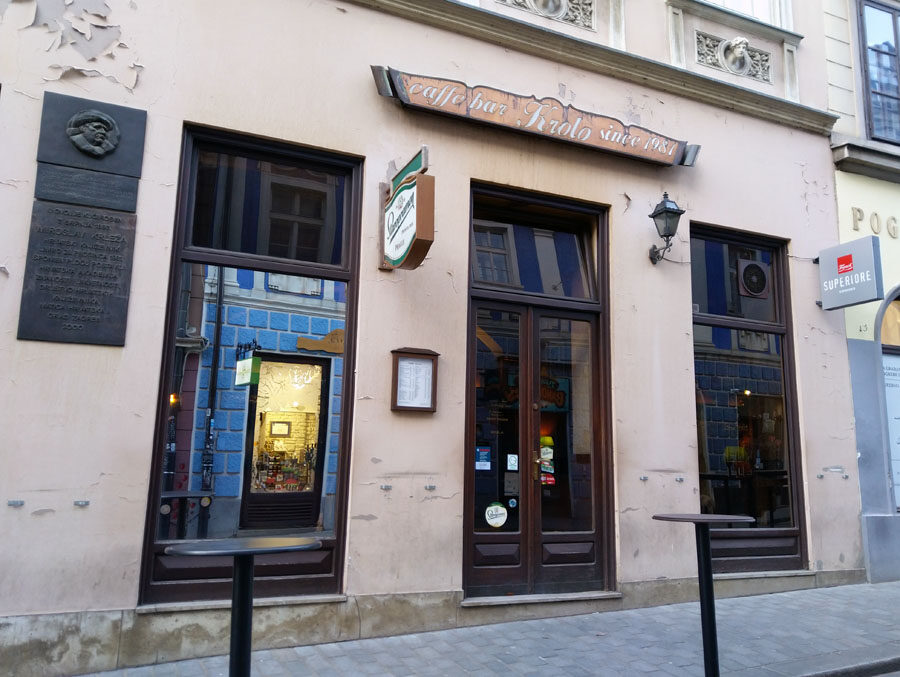 Krolo Bar – Relic of the Past

There's a nice slang word in Zagreb dialect – pajzl. Like so many words and expressions in the local lingo, it comes from German language, which used to be official throughout most of our imperial Austrian-Hungarian history.

Derived from the German word beisen, which means to have a snack, its original meaning was a small, not very distinguished pub where you can also grab a little something to eat. Over time, the word developed a certain derogatory ring, denoting a place that's actually a sleazy joint, almost a dump. In that sense, it used to be an old word, romantic, almost out of date now. But since language changes rapidly, reflecting the way the world changes rapidly before our eyes, young alternative crowds now mean it as a compliment. A true pajzl can actually be trendy, and there's no better way to prove it than the legendary Krolo bar in Radićeva Street. You know those bars that are so obsolete and old-fashioned that they are actually cool? And when spotted and embraced by millennials, all of a sudden they become a thing? Well, Krolo is such a place. Although the great thing about it is that it hasn't lost its original older clientele, so it's really an interesting mix of crowd in there. Of course, it owes a lot of its popularity to the location, just off the main square. Usually, by definition, pajzl kind of places are not centrally located. It really stands out among hip and touristy places that line the street. On the building left from the entrance you'll see a plaque saying that Miroslav Krleža, a famous Croatian writer from the first half of the 20th century, lived here. This fact explains the full name of the bar – MK Krolo. And also the laid-back, bohemian atmosphere of the place. On the sign it says „since 1981“, and they should be proud of it. Because the interior has not changed a bit since those days, so entering the bar is like going through a time portal. The crescent-shaped counter, wooden decor, leather seats, arty lamps – the whole setting screams 1980s, but it's just ordinary yet authentic socialist Yugoslavia interior. Nowadays, if you wanted to decorate a place in this style, you'd probably have to pay big money and find a real expert. Apart from a flat screen TV on the wall and some modern brands of drinks, you'd never guess it's the 21st century outside. The staff is also kind of evergreen. They are friendly and attentive, used to all walks of life, happy to serve either a local granny or an eager tourist. The coffee isn't artisan, there's no craft beer, but hey, rakija is 8 kn only and the overall selection of drinks is perfectly alright, if you’re not a hipster snob. There's always someone at Krolo, but during the day it's more quiet and low-key, while in the evening (it's open until 1 am), especially on weekends, it can get quite crowded. Even if they have never entered, all locals will know about Krolo. Maybe they are not familiar with the name, but everybody will react if you say “that odd little 80s joint at the bottom of Radićeva”. It’s both a historic relic and a very lively place, a feisty survivor, a rare bar with a soul and identity. Its cult deservedly lives on. “It’s all about the details.” Image credit: Taste of Croatia