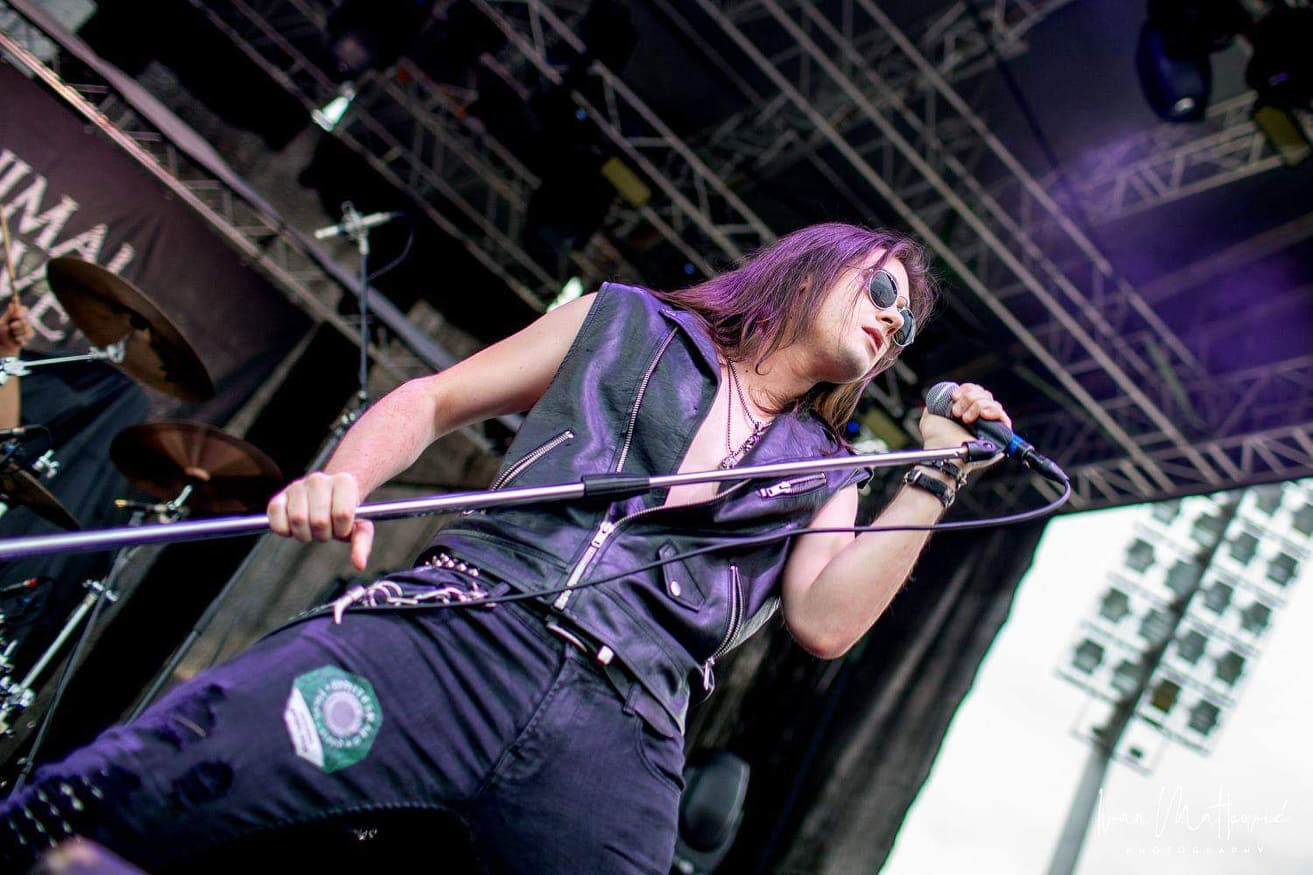 A Local Who Became A Vocal: Dino Jelusić

Although born in Požega, Dino's been living in Zagreb from an early age. He's probably one of the locals that won't require a special introduction. There's a pretty good chance you've already heard of him.

His story started in Požega as he was born there, but his entire life, he lived in Zagreb. Showing great affinities towards music from an early age, a lot of people could predict a promising music career for him. A Zagrebian indeed. Most of his young age was tied to a small neighborhood called Ravnice, next to the biggest park in Zagreb - Maksimir. He grew up watching the animals at the zoo from his window. Can you imagine that? As I grew up with him, I can confirm we had little need to visit the rest of the Zagreb. After a few years, he moved to Remete, a neighborhood near Mirogoj, which I already wrote about, but now he's back at Ravnice. This is him, and his experience of Zagreb. There is a pretty good chance you've heard of Dino, wherever you're from, my dear reader. Personally, I've met Dino at elementary school, we were classmates for eight years, and during that time, he's been living in the same building as me. All of that took place on Ravnice, a neighborhood in Zagreb located near the Maksimir forest. He moved away to Remete for 3 years, but he came back to the neighborhood he grew up in. In his life, he's done so many fantastic things, mostly connected to music, but most people still remember him by his performance of the song "Ti si moja prva ljubav" which brought him a victory at the first Children Eurovision Song contest, back in 2013. He's not going to like that I mentioned this part of his life (sorry Dino), because I was often next to him when people used to ask him about this song or even started singing it in his presence. I can only imagine how many times he's heard it when I wasn't around. After some time, people started annoying me with it, I can only imagine how he felt.

Although born in Požega, Dino's been living in Zagreb from an early age. As any other Zagrebian, when he finds the time in his busy schedule, Dino has some habits, and things he likes to do in Zagreb. Besides the neighborhood, he lives in, Dino favorites the old town in Zagreb. One of his favorite things to do is taking a walk through the old town, and the town center is dear to him as well. He likes to visit some jazz and rock bars which agree with his music taste: "I used to go to Hard Place all the time, playing some music there, nowadays, I don't have the time to do that as much. I used to go to other similar places as well, Vintage Industrial Bar, Alcatraz, and such. When I have a shooting at the national television, I have a small ritual of visiting a cafe bar called Domino. It's kind of a base of all of us going on television regularly."

Besides his solo career, Dino is also a member of a couple of bands. Sometimes, he features as a member of "Made in Iron", an Iron Maiden tribute band from Split, while he also spends a lot of time with his original band from Zagreb, Animal Drive. At the time of writing, he was touring with the mega-popular band, "Trans-Siberian Orchestra" which brought him a huge breakthrough on the world music stage. It is almost impossible to list all the things Dino is or was included in, but what I can conclude is that I can't figure out how he manages to catch up with all his obligations.

"I've lived most of my life here, so, most of the events in my life happened here, and I simply couldn't stress out just one thing. Sometimes, mostly when I caught myself not functioning properly (in terms of my work), I used to go to Krematorij/Mirogoj, and listen to the mixes of the albums I was working on at the moment. The ambient of the clear night, the lights and the candles with me just plain sitting on a bench did the trick for me. I know it sounds a bit spooky or bizarre, but I think it's simply beautiful."

When it comes to inspiration for creating music, he says he's finding it everywhere, but also, Zagreb, and living in it are a big part of it."Sometimes, I find the inspiration at home, sometimes when I'm walking the streets of Zagreb, and sometimes, I like to sit in Maksimir forest and do some more relaxed work there." So, if you happen to meet Dino on the streets of Zagreb, you never know, he might have a new hit on his mind at that very moment. Based on how big of a rockstar he is, he could probably be driving around in a fancy car, but the last time I saw him, he was going home on foot, we stopped to talk for a bit, and then he had to go. I asked him about that, and he said: I like to walk through Zagreb when I get the chance, I think our streets are beautiful, and although the traffic might be chaotic sometimes, it still loads better than in the other cities I visited. In addition to that, when I'm on tour, we go everywhere with the tour bus, and so when I'm in Zagreb, I take every chance I get to walk around and inhale the city with both lungs."

When you have a collocutor as interesting as Dino is, and with so much to offer, it's hard to concentrate on one topic and ask (or write) just about that. Nevertheless, Dino is a true Zagrebian. Regardless of him currently living in hotels, tour buses, airplanes, and stages of some of the biggest concert halls in the world, he always holds Zagreb dear and close to him. When it comes to the neighborhood we live in, we agree upon the reasons why it rocks (pun intended). "Ravnice have it all. Stores, coffee shops, a tram stop on each side, train stop, doctor, service, pool, and the zoo. A really nice neighborhood that is well connected with the rest of the city." This is how Dino describes our neighborhood and ads that he likes to visit the Maksimir forest because he finds it peaceful, and it just across the street from him. I couldn't resist but to ask what is the first thing he does when he comes back from a tour. "The first thing I do is eat some ćevapi to remind myself how the food's so much better here than in the States, and then, I go to sleep because of the jetlag.", Dino replied humorously. As the top three things about Zagreb, Dino named Zagreb old-town, city center, and his neighborhood. And when I asked him to give his view on Zagreb and Croatia, he concluded: "Croatia is underrated in so many ways. I'm enjoying life in America because I have the opportunity to lead a high life in a big band. Still, it's always so nice to come home, I'm always looking forward to that''.

People visiting Zagreb tend to visit the usual locations, and I asked Dino to recommend a location if his friend from abroad came to Zagreb. Intriguingly, his first choice was Sljeme, the other, Tkalčićeva Street, with its amazing restaurants and bars offer, the Cathedral, Maksimir, Jarun, and old town in general.