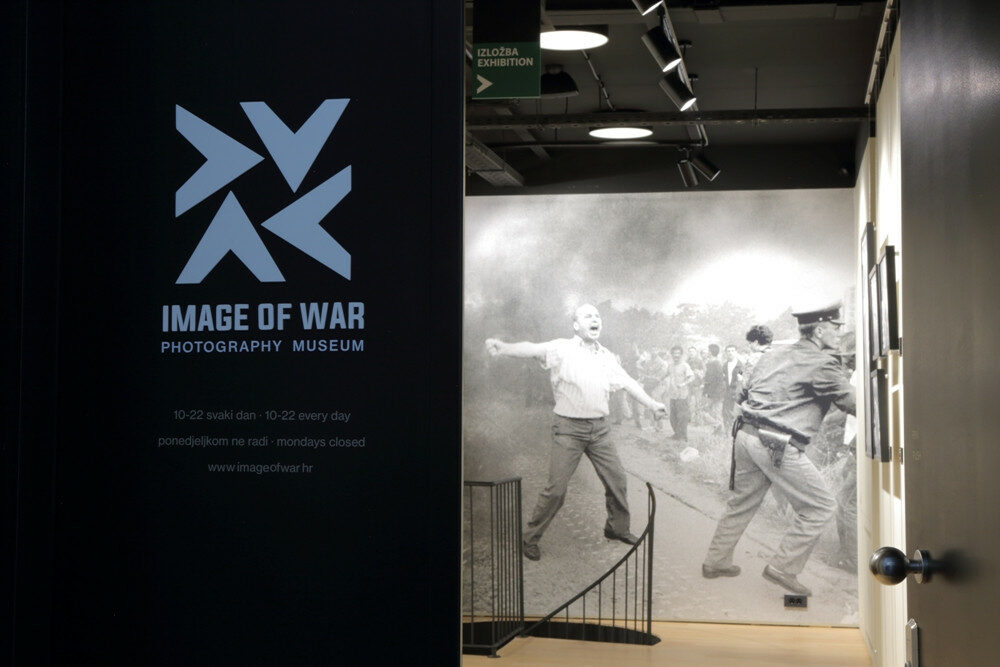 Image of War: A Photo Recollection of Tough Times

A museum recently opened in Zagreb dedicated to a topic not so merry. It dwells on a very significant topic for Croatian and Zagrebian history.

Over the years, Zagreb has become a real cultural center. I'm sure that there isn't a single day in the year when at least something cultural isn't happening in the city. Besides theaters, cinemas, bars, and clubs, Zagreb has enrichened its museum volume and number with the Night of the Museums. Besides classical museums that first come to mind when we pronounce the word, the museum community got its modern counterparts in museums, also some we've already written about, such as the Museum of Illusions, Tortureum - the torture museum and the 80's museum. Just recently, another museum opened in Zagreb. A museum dedicated to a topic not so merry. That museum is called "Image of War," and it dwells on a very significant topic for Croatian and Zagrebian history. "Never again" begins with you

Although I was just a small kid when the war was already over, I grew up listening to all kinds of stories about it. I was raised without hatred towards anything or anyone, and that's the reason I like the credo behind the setup of the Image of War. Their three main points: Preserve the Past, Influence the Present, Change the Future, and the common motto of the museum "never again begins with you" is probably the thing I like the most about the museum. In those few words, the people behind the idea for the museum simply explain its purpose. And it's not to bear in mind the hatred for someone, not to hold grudges for the past times, but to never forget the true horror that war actually is. Regardless of whether you participated in one or not. A story told through photographs

Personally, I consider myself a pacifist, which is a bit odd if I tell you that I like weapons. I mean I don't like the idea of using weapons, I just like the look of them, but it's still a bit odd, wouldn't you agree? I think weapons are a fascinating achievement of human engineering, from knives and swords, over guns and rifles to tanks and other war machines. I also believe that they belong in a glass cabinet to be observed and that's it. I am talking about this because this is something that's missing at the ''Image of War''. I understand that it's not in the concept of the museum itself, but if I had to pick out something that was missing when I visited the "Image of War" museum, that would be it. Documentation for the future generation

On the other hand, the other thing I did like is, as I already said before, was the whole "Wars belong in museums" idea. Also, the important thing to point out is that you can also contribute to the exhibits, not only by purchasing photographs but with bringing your photos to the museum as well (if you have some, that is). Another great thing about visiting the "Image of War" museum is that, by purchasing the ticket, a part of your money is donated to refugees and forcibly displaced persons. The whole story is rounded off with a commonsensical idea of preventing new wars by raising awareness of the consequences brought on by war. An interesting conceptual detail about the museum is that it holds the photographs taken by professional photographers alongside those made by amateurs. And when I think about it, that whole idea fascinates me immensely. To explain myself a bit. That idea about taking photographs at the very moment your life's in danger. I can associate that moment with something I experienced, which of course is nowhere near the threat you're experiencing during a war. But for instance, the moment when you're practicing an extreme sport such as rafting. It would be the last thing on my mind to pull out my phone and take photos. That's why I think that the photographs were taken during wartime, and people that made them are worthy of respect. Just imagine the situation, the war is raging around you, bullets are flying above your head, bombs are exploding across the field and so on, and you're taking out the camera and capturing the moment. If that's not bravery, I don't know what is. The museum is opened every day from 10 a.m. to 8 p.m. except Mondays, and it's located near Zrinjevac park, on the first floor of the building on Andrija Hebrang Street, at number 4. Ticket prices vary depending on your age, group size, etc. See you at the Image of War museum!